Mötley Crüe revs it up

Frightened Rabbit kicks it with Deathcab 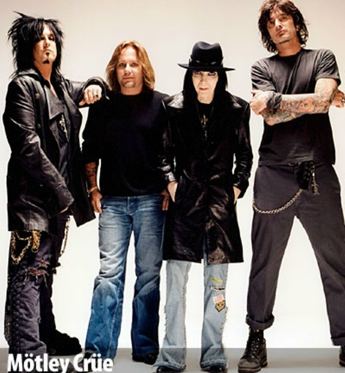 This 80s mainstay in the heavy metal scene has recently put out a new album, Saints of Los Angeles, last June. It’s a little bit of a concept piece, if you will, venturing into the sleaze and spectacle that was LA back during the band’s prime. It features straight out rock n’ roll that proves to be addictive and in-your-face.
Keeping in tune with the theme of their most recent album, the band also announced the release of a movie next year, called The Dirt, which will be based off the book of the same name written by the band and Neil Strauss. The Dirt chronicles the trashed hotel rooms, the drugs, the parties and the tragedies that surrounded the world’s first glam metal band.
So yeah, Mötley Crüe might have been superstars in the 80s, but they’re not about to call it quits just yet–and as long as they’re around, they’ll keep helping to maintain rock n’ roll’s sardonic, fun, sassy, sex-crazed feel, which, you know, made rock n’ roll popular in the first place back when it was invented.