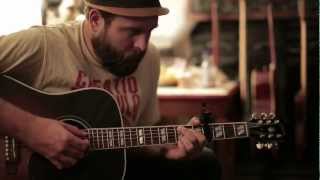 In early 2012, Nate Currin relocated from his home in Atlanta to San Francisco to take a break from touring and focus on writing his album The Pilgrim, an eighteen song concept album based on a story written in the 1600s. Using Kickstarter, Nate raised $13,000 toward the album in June of last year and the project is set for release in June followed by a US tour.
Currently, HIP Video Promo and music programmers are highly anticipating the premier of “Vanity Fair,” Currin’s newest video clip for a must-hear single. We have worked with Nate in the past and are pleased to be presenting his new clip. Be sure to check out www.hipvideopromo.com for more information on this exciting new artist and his new video “Vanity Fair.”