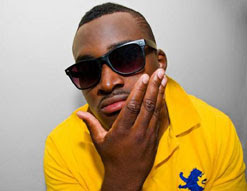 “Fatty Pop” is D.Willz newest single off the Hood Pop mixtape hosted by Dj Ill Will and Dj Rockstar. The single is a true representation of D.Willz and Mark Kragen’s Hood Pop movement, combining traditional urban pop rhythms and hard hitting 808 drums. The official music video, which will be a part of the HIP Video Promo roster, is scheduled for release in February. Watch 2Fresh Tv’s exclusive behind the scenes footage below.
“Fatty Pop” Dj Mp3 Service Pack:
http://www.sendspace.com/file/9vmx05
“Fatty Pop” Behind The Scenes Footage:
http://www.youtube.com/watch?v=fbs9UfcMTzM