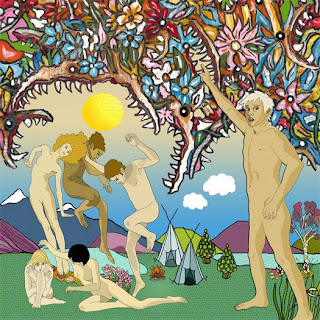 Last year, Kevin Barnes sang completely nude in Las Vegas. This year, he’s putting out a new record, slated for release on October 7, with album artwork that celebrates being butt naked. The album’s called Skeletal Lamping, and it looks like everyone’s getting excited about it. On of Montreal’s blog, it’s mentioned that Skeletal Lamping listening parties are being organized nationally.
The album, according to a Barnes interview by You Ain’t No Picasso is full of sex, although Barnes said he didn’t do that intentionally. It just sort of happened. Barnes said he’s also branching away from the usual of Montreal sound, delving into funky rhythms with R&B and rap influences.

of Montreal has always captivated (and shocked) listeners with their brand of psycho-random pop, complete with unique, noisy tracks and lyrics. Their sound, although harking back to the older psychedelic pop of the 60s, is completely original and fresh. For this reason, they’ve vaulted up to the top of known indie names. With every album, they always bring something new to the table.
Check out the official of Montreal blog here.