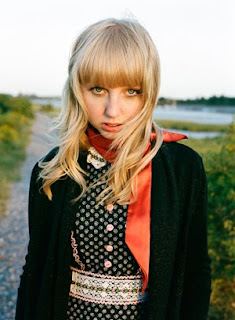 Described by DJ and show host Rob Da Bank as “The Kate Bush of the 21st century,” Polly Scattergood is quirky, dark and ethereal. Her msic, electronic and keyboard-centered, is accented by her intriguing babydoll voice, which whispers and purrs, while occasionally shrieking and yelping.

But although her music is quirky, it still maintains pop sensibility, something which was also a major weapon for Kate Bush’s arsenal–her pop sensibility vaulted her to stardom.Will this also happen to Scattergood? It remains to be seen, but her music possesses qualities that will probably be admired by both indie snobs and mainstreamers alike.