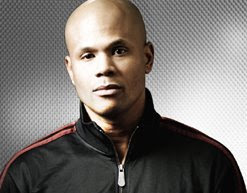 Tye Banks is a cool, confident rapper who doesn’t need to shout to be loud. His vocals are all you need–his vocals are carefree, flow well, and speak volumes. He is a prominent face in the North Carolina rap scene, as he proudly hails from Raleigh.

Banks, in addition to his music videos, has also been in front of cameras for movies and TV shows. He gust starred in One Tree Hill, the independent film White Men Can’t Dance, and other movies.