Watch: The Derelict Kicks – WORST PICK UP LINES OF ALL TIME (outtakes from their hilarious video for “It’s All About The Girls”) 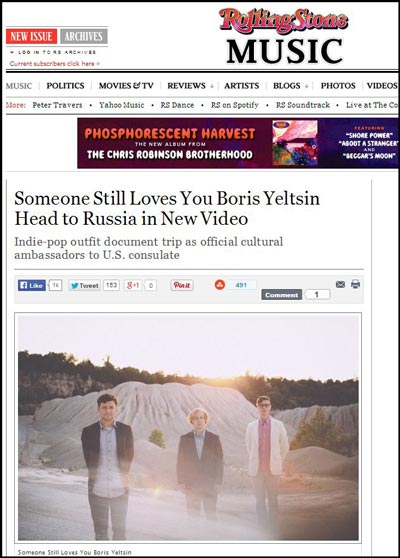 Someone Still Loves You Boris Yeltsin have a new video for “Young Presidents,” which made its debut on Rolling Stone. The video was directed by Brook Linder (Sky Ferreira, Ariel Pink, Arctic Monkeys, Pink Mountaintops) and features footage of the band’s recent trip to Russia, where they were named “Cultural Ambassadors to Russia” by the US State Department for 1 day. On their trip, the band headlined the Old New Rock Festival, which is sponsored by the Boris Yeltsin Foundation in their namesake’s hometown of Ekaterinburg. Check it out HERE.