Stream mashup mixes of Moby’s ‘Wait For Me. Remixes!’ 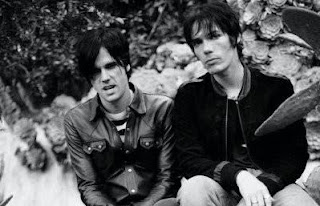 AdamandEvil‘s new “Outnumbered” clip initially seems like just another artfully shot video of streets and cityscapes as the camera has the effect of driving various buildings before zooming in on random pedestrians. Then you realize this isn’t just another artsy video that puts itself up for vague interpretation. This is because the next thing you see is AdamandEvil performing directly in front of the scene, which appears to be a film that’s been projected on a wall. Included in the film are an animated black and white “MISSING” poster of AdamandEvil and a somber-looking girl putting up the posters. The theme of isolation in “Outnumbered” carries into the video where it’s as if the band – amidst performing – is watching a movie of their lives playing out in front of them as they watch these animated shadows of themselves wander the streets – and ultimately disappear. Take a look at the clip below.