A delicate offering to his true love in hopes of mending a broken heart ….. Jeff M. Dixon 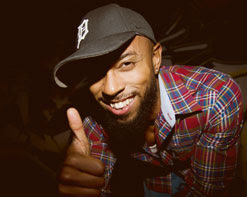 HIP Video Promo presents the latest music video from the one and only Yoshi. This talented hip-hop artist and songwriter from Michigan expresses contemporary elements of well-known artists such as Common, Lupe Fiasco, and The Roots while blending power driven MC styles that speak truths about the current state of the world. His positive hip-hop and alternative genre of music creates an atmospheric vibe that constitutes his latest video “Listen Up.”

Originating from Ann Arbor, Michigan, Yoshi expanded his passion for music as one of Metro Detroit’s most creative and talented artists. At the mere age of fourteen, he put pen to paper as a poet. At seventeen, he stole hearts at local poetry slams throughout Michigan, and today he continues to innovate his fans as he establishes himself as Michigan’s premier MC. He has described himself as a “professional inspirational rapper with many years under my belt. I enjoy creating unique music that nourishes the mind, body, and soul,” and that is exactly what Yoshi expresses in his well-manicured and affluent sound. With countless tracks available for free on Soundcloud.com, Yoshi delivers fresh beats that erupt from his old-soul style. Forget everything you knew about hip-hop because Yoshi is rewriting the rules of the game!

Armed with an arsenal of soulful hip-hop tracks, this artist on the rise of fame has already created a number of mix-tapes, EPs and full-length albums, not to mention the establishment of a unique sound, soul, and style. Songs such as “Black Plague” feature old school beats while he spits a flow that can be compared to the all-encompassing artist known as Mos Def. His last single, “Magnetic” conquered the charts across the world, inviting fans from Canada and the Czech Republic with welcoming arms. The mass appeal has landed his hits on FUSE TV On-Demand, Okayplayer, URB Magazine’s Top 1,000, the Ann Arbor News, and Kaboom Magazine. His most recent video “Listen Up” encompasses all of the above, and HIP Video Promo is proud to introduce the clip. Shot and directed by Alexander Falk, “Listen Up” demands the attention of the world’s most important contemporaries—the citizens of the nation.
Click HERE for the full bio on HIPVideoPromo.com!