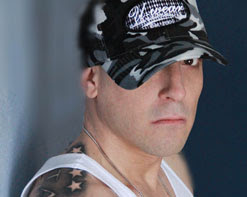 J-flo is one of those artists that puts his trust into the age old saying: “If you want something done right, do it yourself!” His brand new single “Fire Hot” is not only written, produced, co-engineered and co-mixed by J-flo himself, but also released on his own fully self-operated and successful indie label, Unify Records. The song is jam packed with think and thumping bass to get any party swirling with motion and features trendsetting slang that’s going to surely stick with anyone who hears the song. Hip hop culture is about setting the trends for the mass population, and J-flo is ahead of the pack, avoiding already established verbal conventions and, instead, treading into new territory.

Check out his new video for “Fire Hot”