The Rush Project have arrived! 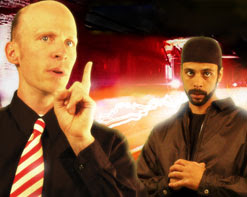 Chris Ballew and his other band, The Presidents of the United States of America, are a legendary part of the 1990s alt rock scene. Having penned the hits “Lump,” “Peaches” and “Kitty,” Ballew has permanently embedded himself in the eardrums of several generations. Hell, PUSA even performed at Mt. Rushmore on Presidents Day! The Feelings Hijackers captures the same feel-good enthusiasm in the new single “Soul Rollin.” The song is an upbeat number which features Ballew singing the irresistibly memorable chorus line, while the verses are rapped and rhymed by the talented Outtasite. What is especially unique about this song is the structure, featuring only two choruses, one verse, and an outro. This unusual combination makes the listener even more tempted to hear the song for the second time, without it being drawn out and repetitive like many of today’s pop songs.

To go along with the personalities of its musical craftsmen, the video keeps up with its equally upbeat and colorful nature. The clip consists of an almost psychedelic combination of cuts that follow the beat of the tune, such as the claps and the guitar riff. The entire video is done via green screen and features the two musicians in some zany settings, one example being a bobble head on the dashboard of a car! “Soul Rollin” is one of those video creations that transposes its enthusiasm onto the viewers without being cheesy or goofy. The Feelings Hijackers have years of training in such a craft, and show off their masterful execution. check out the whole bio Here.