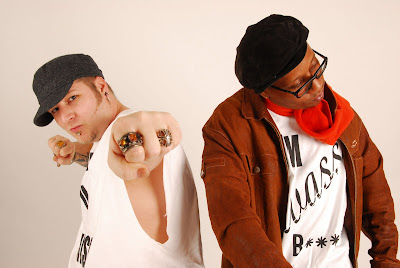 The Rush Project is a combination and labor of love of Rush Rydah, also known as veteran performer Darcel Perkins, who got his start backing up acts such as P.O.S., Attitude Adjuster, and The Elite, and Communion, also known as Dmitri Antos, who launched his music career as guitarist/singer-songwriter for electro-industrial group Pale. Perkins learned his trade from his mentor Sir Mix-A-Lot, while touring with him across the nation. Antos, on the other hand, is a classically trained vocalist and composer.

“No Surprise” is the latest single off The Rush Project’s album titled Therapy. The record features an array of various genre fusions, including heavy slap hip-hop, techno, acid jazz, and the 60’s beach party inspired current single. Some of the tracks on the record were co-produced by The Presidents of the United States of America front man Chris Ballew. The record also features guest appearances from Outtasite, Jane C of Farchild, Ced da Savage, Delesha Lewis, and Spunk. full bio Here.