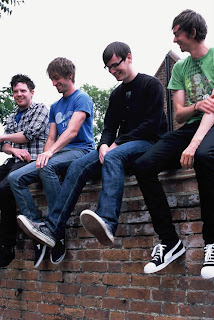 This Town Needs Guns is a band with superb talent. Although they stick to the traditional indie rock song structure, the guitar and bass work contained in each track is intricate, laced with intense technical precision. The riffs are unusual, almost orchestral. Sometimes the songs are so chock full of sound that they feel like they might overflow–but the soaring, sensual vocals, placed carefully on top, reel the song back into its frame.

According to a Sargent House press release, the band reportedly ignored the “lure of special effects and studio wizardry” in order to create as honest of a sound as possible on their debut, Animals. It’s not like they needed studio wizardry, anyway.