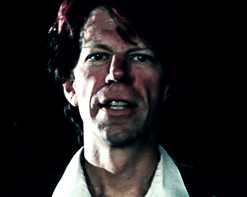 nECSTATIC iNCREDIBLE is an original studio project launched in 2008 by the composer, poet and instrumentalist Nicolas Wind, and a multinational cast of outstanding musicians. HIP Video Promo cannot be more excited to introduce his newest music video clip, “Perpetually Insane.”

The style of his first, experimental album SOMEONE WILL MAKE IT FOR ME can be described as pop rock that utilizes some of the basic elements of baroque and rococo music, such as polyphony and instrumentation. The second album BEATIFIC DISASTERS IN 3071 aimed at the devastating impact of capitalism on an individual, such as deprivation of privacy, mind-control, consumerism, brainwash, etc. taken from various angles.

nECSTATIC iNCREDIBLE’s dominant music style is a twisted collage of various rock genres. A new, live album, THE GO(O)DS MUST BE CRAZY is in a hard rock style. While still in the works, it is currently being thought to reflect political, religious and demographic aspects of our society. The following video “Perpetually Insane” emanates these exact ideas while exhibiting a highly contemporary, thought-provoking experience.

Director Richard Holland transposes the intellect and style that is behind the genius of Nicolas Wind’s music in “Perpetually Insane.” Starring a unique aspiring talent, Christopher Webster, the clip displays trying times and questions authority, all the while creating a stimulating atmosphere for the viewer. The song itself proves to be a transition in the music scene, taking the old elements of music and mixing them with new-age vibes.