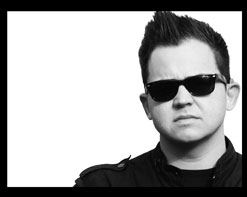 Sean Forbes is a successful songwriter, an accomplished percussionist, and the co-founder of Deaf Professional Arts Network. Sean Forbes experiences music in a way that most of us can only imagine. Out to build a badly needed bridge between the music industry and deaf people everywhere, Sean inspires music fans and video programmers with his astounding new video clip for “Bob Dylan (Was the First Rapper).”

With a passion like no other, Sean has had a dream of music for everyone and he has transformed the way in which deaf people perceive music. Throughout his inspiring videos and his long-lived outreach to deaf people everywhere, Forbes presents music to the hearing impaired as beautiful symphonies of thought and expression. The hard of hearing community is also fascinated by his ASL translations of musical hits; since 2008, Sean Forbes has performed in over forty cities across the country, including college campuses, live venues, and popular retail stores such as Barnes and Noble. His debut LP Perfect Imperfection was released in early September of this year.