Don’t act quack, just get down with Ducky! 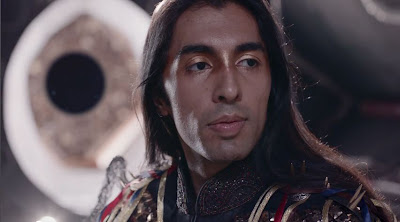 Ankit Love returns in massive way to topple all expectations out of the Earth’s atmosphere, in the most literal sense. The singer’s last video for “People Are My Favorite Thing” found Ankit dashing and dancing through the streets of London, but this time the stakes are much higher. “Beethoven Burst” finds Love cast as an interplanetary space commander in search for the cosmic holy grail, with a crew of hot (and barely clothed) bombshells at the controls. The video mixes ideas of faith, imagination, love, Star Trek, and The Sistine Chapel all into one Hollywood movie-like production that anyone with a pair of eyes and ears will definitely not want to miss. After witnessing this bizarre, yet completely awe-inspiring spectacle, we are certain that Love could be our generation’s Ziggy Stardust. This unique and fresh vibe has been resonating with audiences all over the world rather explosively, as the “Beethoven Burst” music video raked in nearly 35,000 views on YouTube in just 3 days since it was posted. The clip is also the 62nd most viewed music video in the UK and rising, which is a huge feat that most new artists never get to experience until later in the record cycle.