Don’t act quack, just get down with Ducky!

Ethan Gold with 2 videos from the most dangerous album in indie rock! 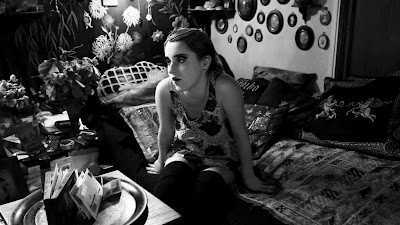 Take me to Paris, I want to revel in the history and fashion and dance near the Eiffel Tower. I want to sing on the rooftops of Europe and float atop the Seine. Dream hopelessly no longer, we will take you there! It’s Andy Gesner and the HIP Video Promo team here with a self-made musical rebel of society and production guru named Ducky. Join her in a trip through sonic experimentation in one of the world’s most beautiful realms in her video for “Wind-Up Bird.”

Ducky is the labor of love of San Francisco born songstress Morgan Neiman. At thirteen, she seized a year-long school project as an excuse to buy Logic and a cheap microphone. By sixteen she was spinning clubs around San Francisco, and a year later she dropped out of high school to attend NYU’s Clive Davis Department of Recorded Music. Ever since she has been making a name for herself in the indie pop scene, making treks around the Upper East Coast, playing shows from dingy dives to Webster Hall NYC. She’s played with acclaimed group Sherman Ewing, Fool’s Gold artists Danny Brown, Action Bronson, and Party Supplies, Rioux, Punches, Dirty Fences, and Converse “Get Out of the Garage” Contest winners Beast Make Bomb. Ducky is known to put on an extravagant live show that features two teddybear vixens dance with her on stage, half go-go, half girl group. The Village Voice recently described Ducky as “enticing Peaches-meets-Twista electro-blitzkrieg vibe, complete with attractive stage dancers and a giant bunny doing the running man.” She has also been featured in Hypebeast andImpose, and in a prominent article in Waterblock NYC, who praised Ducky’s originality, describing her as one with “a very unique sound.”