Sarah Jaffe to appear on EXTRA (national television) next Tuesday!

Heavy riffage with Only Living Boy’s “I Hear Music” 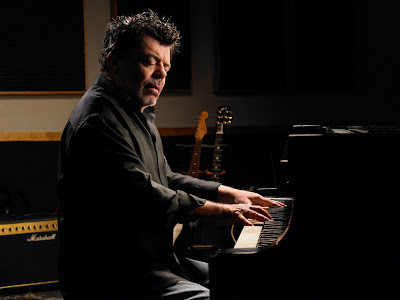 Since his album Come Back America was released, Nathan Shaffer’s persona has been laced with buzz and controversy, mostly due to the attention his title track has attracted. The video for “Come Back America” featured footage of recent political events, blowing the whistle on all the outrageous clowning around the people running our country have been up to. The clip was featured by GlobeNewsWire and Street Insider, as well as music outlets AOL and NYC’s H2O Television.

Now Nathan returns with a heartfelt follow up installment that showcases a whole other side to his songwriting craft. Gone is the political angst, replaced by tender memories of his lost son, Jeff. “My Little Friend (Jeff’s Song)” is a Beatlesque gem that trades the wall of Marshalls for a Steinway and musicians from the L.A. Philharmonic to render a gorgeous tribute to the most important person in his life. The video also sports a whole new attitude, as Nathan changes from Johnny Cash into Elton John, donning a new look and top hat and playing a truly magical piano! The clip was filmed in an old L.A. Theater and features four youngsters playing strings along with Nathan as he hammers away at the keys. The performance is spliced with memories of children playing in a backyard much like the one his son grew up in. The singer donates all the proceeds from Come Back America to The Jeff Shaffer Foundation, a charity he set up to prevent teen drug and substance abuse, by helping them to lead a clean and healthy lifestyle.