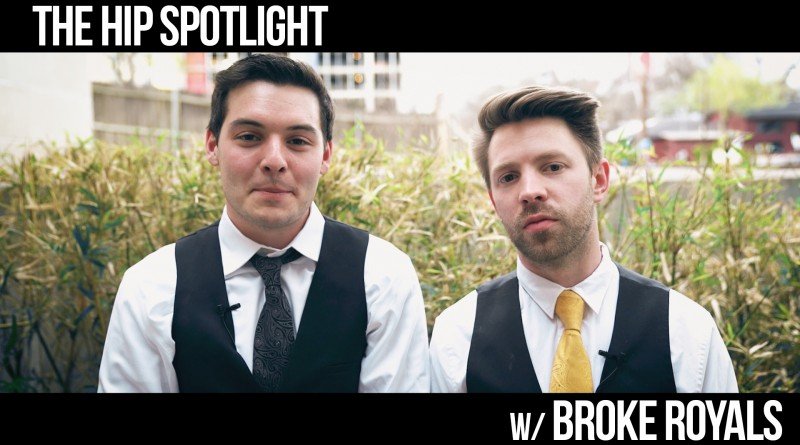 When Washington, D.C. residents Philip Basnight and Colin Cross began making music as Broke Royals in 2014, they had no idea their songs would connect with a global audience, but their debut single “About Time” managed to strike a chord with the citizens of Thailand. Three years later, they released their debut self-titled album, and last fall we had the pleasure of promoting the video for “As Long As I Can See.” It’s a blend of pop, rock, and even EDM, wrapping the listener in a gorgeous sonic gaze with its sweeping, catchy chorus. The video for “As Long As I Can See” features the duo performing in beautiful scenery during a perfect sunset, while various individuals interpret the song through sign language.

Last week, members of the HIP crew met up with Broke Royals while down in Austin, Texas for SXSW to film this HIP Spotlight interview. In the interview, they talked about the meaning of the “As Long As I Can See” lyrics, their decision to use sign language in the video, and working with director Scott Hansen.

Watch the HIP Spotlight with Broke Royals, as well as the “As Long As I Can See” video, below!