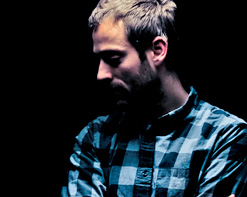 Mike Kinsella is not your average singer/songwriter/multi-instrumentalist. The beloved Chicago-native has been soothing ears and mending the hearts of his dedicated fanbase for over an astonishingly prolific two decades. Moreover, he’s also credited with playing a major role in carving out a new sound that emerged in the late nineties and early naughts that captivated music fans around the world. Throughout the years Kinsella’s been involved in a number of groundbreaking projects, including American Football (who recently regrouped to much fanfare), Cap’n Jazz, Joan of Arc, Owls, The One Up Downstairs and Their / They’re / There. This alone would have cemented his place in the indie-rock Hall Of Fame but since 2001 he’s also managed to write/record and release a whopping eight critically-acclaimed albums under his solo moniker, Owen. His latest, The King Of Whys – out now on Polyvinyl Records – is considered to be his very best and today we’re extremely proud to present to you the music video for “Settled Down,” Owen’s stunning new single.

Produced by S. Carey (frequent collaborator with Bon Iver, Sufjan Stevens, Mason Jennings and respected artist in his own right) over 18 days last winter at April Base Studios in Eau Claire, WI, The King Of Whys is Owen’s most inspired and evocative thus far, interpolating a group dynamic into what has long been an intensely intimate sound. Fraught with hurt and wry humor, the new album is a portrait of a restless artist grappling with doubt and ghosts of the past but searching for meaning through candor, creativity, and an ardent need for emotional release.

Directed by Dan Huiting and Brendan Lauer in Minneapolis, MN, the music video for “Settled Down” is a thing of subtle beauty. Kinsella, now married with children, gives viewers four perspectives on an ordinary day in his world. Despite being genuinely grateful for his family and the life he’s been gifted, he, like many others, occasionally struggles with feelings of melancholy, a nostalgia for the past and the freedoms he once had. Lyrics like, “I’m bored again / Torn between giving in and getting lost for good / The silence sits in my throat” give you a glimpse into his psyche. Recently speaking to Noisey about the making of the video, Kinsella said: “It was quite arduous to make. Instead of spending the whole weekend at home playing with my kids and drinking with my friends, I had to go to Minneapolis and play with other people’s kids and drink with new friends.” We hope his family forgave him because this video was clearly worth the time and effort, as it stands out as one of the most unique and stirring in years.

We’re thrilled to be working with our friends at Polyvinyl Records to bring you Owen’s brand new music video “Settled Down.” If you need anything from us regarding The King Of Whys or this new release, please don’t hesitate to reach out to HIP Video Promo via phone: (732)-613-1779 or email us at info@HIPVideoPromo.com. You can also visit www.OwenMusic.com or www.PolyvinylRecords.com for more info on Owen.

For info about other Owen music videos, click HERE