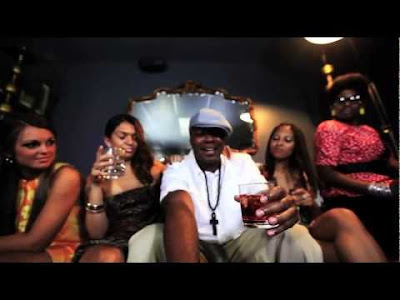 For any of you who are uninitiated into the Dezert Eez camp yet, we’ll remind you with a short backstory. Dezert Eez formed at Western Michigan University, located in Kalamazoo, Michigan, with the goal of producing music that held a common approach to the resurgence of underground hip-hop music. Their first recording Declaration of War was a rugged, up-close look at global affairs, hinting at common problems surfacing around contemporary street life. They gained a strong following and enough repertoires to begin performing live, and in no time, they made their music available for listening on the Internet. They received a substantial fan following outside of Michigan, which eventually earned them an opening slot for Wu Tang Clan’s Capadonna tour in 2004.

Fast forward to 2012, has dropped several mixtapes (Call of Duty, We Own The Summer), worked alongside some real heavy hitters in the music world such as Nas, Raekwon, Killah Priest and La the Darkman, and released the acclaimed full length album, Ghettoboxx. Both releases from Ghettoboxx were stellar videos, but as their attention shifts to their upcoming release, Life Illustrated, they are back with a new single, “Egyptian Musk”, that showcases the growth, success and ever poignant rhymes of Dezert Eez.

The “Egyptian Musk” video offers ideas on who Dezert Eez are as artists, and is another top-shelf example of the time and effort this group has put into their craft. The song pertains to the idea of living in carefree manners and celebrating the culmination and payoff of all their hard work on the underground Michigan streets. In the new video they take their hard earned stardom to another level, and we watch as these hip-hop teamsters take partying to a whole new extreme. The video is fittingly 4:20 long, hinting at the carefree lifestyle that they promote in “Egyptian Musk.” As Dezert Eez performs, we cannot help but be mystified by their determination to create music that is feel-good and full of monumental hip-hop surprises. Full bio HERE!