The Bellrays blend things up 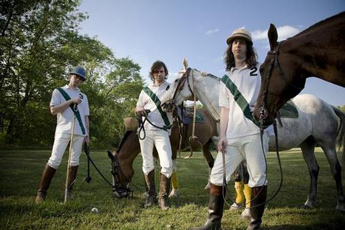 Fires of Rome are new kids on the block. No one knows much about them yet. But the first time they played an official show, November of last year, their musicianship was applauded by none other than The New York Times. Talk about a compliment. The New York Times noted that harking back to 70s prog rock–which they do–is risky business–one could end up sounding cheesy. But Fires of Rome impressed the reviewer. Using “snarling guitars with outlandish vocal keening,” Fires of Rome made the crowd wild.

Fires of Rome has found the spot between the dancey punk of the Gang of Four, and the rocking crooning of David Bowie. They make you want to dance as much as they make you want to sit back and drum the table with your fingers. You could do either or, depending on the type of person you are.

We’re going to be posting a new video of theirs next month and come January, they’re releasing their full-length album, You Kingdom You.