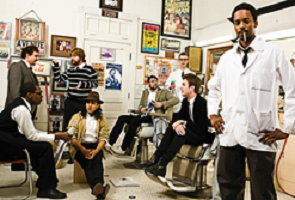 Many people forget that contemporary genres like Hip-Hop and Rhythm & Blues evolved from African music elements that pioneered the path for these genres to exist. Thankfully, bands like Black Joe Lewis & the Honeybears bend blues, funk, and soul into a contemporary mold while preserving its vintage ambiance. Black Joe Lewis was born in Arizona and took after legendary “shouters” like Howlin’ Wolf and James Brown. He began working with The Honeybears in 2007, and in March 2009, Esquire championed them as one of the “Ten Bands Set to Break Out at 2009’s SXSW Festival.”

Black Joe Lewis & the Honeybears are a resolutely modern act. Lewis’s subject matter might be timeless (women, cars, money problems), but the language he uses will be familiar to anybody exposed to recent urban music. He’s not a throwback; he’s an American city-dweller who happens to love vintage R&B records. After some downtime in 2013, Lewis decided to revive the group in 2017, which paved their exploration into rock and roll influences and political subject matter.

In 2009, we promoted two videos for Black Joe Lewis & the Honeybears, “Sugarfoot” and “I’m Broke”. The clever clip for “Sugarfoot” captures the band in performance – they’re set up like a soul-revival act, but they play their song with garage-punk intensity. Occasionally, the action freezes and Motown-style title captions introduces each member of The Honeybears. The music video for “I’m Broke” takes the same approach a bit further, through use of a blue-screen, the band appears to be playing inside artwork that evokes the sixties and seventies. The past is brought to life, and each colorful effect continuously highlights each members’ specialty.

“Livin’ In The Jungle” was the next clip we promoted in 2011. The music video is the result of a five-day trip to Vegas and it captures the sexy, wild, carefree attitude of the song in black and white with crispy vintage overlays. The spotlight spends half the time showcasing Vegas locales and the band’s powerful energy.

The recent “Girls On Bikes” video is an action-filled shot with an intent that is not clear to the audience. Black Joe Lewis runs through Austin as a set of girls ride after him on bikes, but off the bat, fans do not know if this a good chase or a bad chase. Eventually, he cracks a smile, which suggests this two-wheel gang poses no threat and that the wild goose chase can be considered a humble tour around the ordinary streets of Texas.