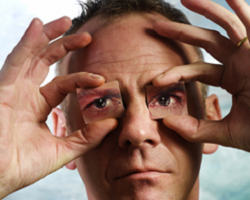 Fatboy Slim is the most famous pseudonym of songwriter, Norman Cook, who is also the mind behind the other projects, The Housemartins, Beats International, and Freak Power. He holds a few notorious titles such as “British institution” and “Musical chameleon” and is championed as the best known big-beats artist and overall eclectic individual. In the beginning, Fatboy Slim was anonymous to the whole world, Cook was never in photos nor music videos and just wanted to focus on being an underground dance producer. He would use substances to find inspiration he could never find in a normal state of consciousness, which forced him to stay in the studio because he was too impaired to go anywhere.

His international hits helped pioneer a path for the mid-’90s big beat movement and signed to Skint Records as Fatboy Slim right after. He won a BRIT Award for best producer, won three MTV Video Awards, and many of his hits have dominated U.K. charts. At the beginning of 2010, he continued to tour the world and was even asked to perform at the 2012 Olympics.

We promoted Fatboy Slim’s “That Old Pair Of Jeans” video in 2006. A small stage and audience is the setting for the music video, and Comedian Chris Bliss juggles on stage to the rhythm of “That Old Pair Of Jeans.” When the beat kicks in, he’s a whirl of arms and legs and tennis balls, snatching, grasping, and lunging slack-jawed – and always right on the beat. The camera angle occasionally pans to the enthralled nightclub audience, but for the most part, the director shows us the juggler – and that’s more than enough to captivate us.

In the music video for the 2013 banger “Eat Sleep Rave Repeat (Calvin Harris Remix),” Fatboy Slim shows the audience something like rave boot camp. He held a twelve-hour dance competition where dancers would compete until exhaustion for the winning title and his final response to it? “I take off my hat and trousers to everyone who competed. It was brutal, it was emotional, and no-one died….”. It’s always a good day when no one dies on set, and Fatboy Slim (over exaggeratedly) showed the world what it takes to be a raver.