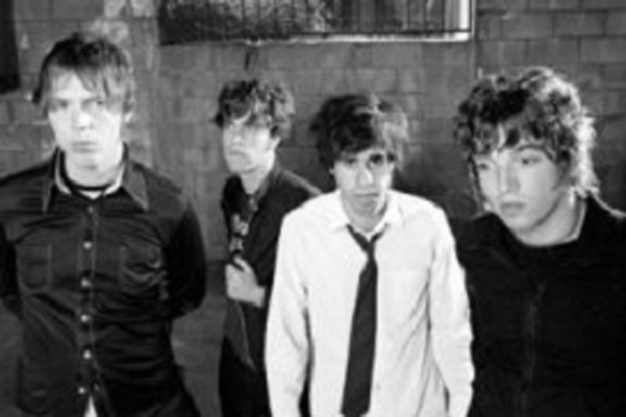 The early 2000s were an exciting time for the world of indie rock: after forming in 1999 in Victoria, British Columbia, Hot Hot Heat signed to the legendary SubPop in 2001. They released their brilliant debut full-length Make Up The Breakdown in October 2002 and soon signed to Warner Brothers. Their first two videos, “Bandages” and “Talk to Me, Dance with Me” helped build the buzz and we were stoked to hop on board to promote their “No, Not Now” video in February 2004. Directed by MK12, the “No, Not Now” video takes place at the “Barely Regal” amusement park, as we experience a chase scene out of a fever dream. Everything is colorized in a cartoonish way, but don’t let that trick you into thinking vibrant or lively.

Hot Hot Heat would go on to release a total of five full-length albums: Elevator (2005) on Sire Records, Happiness Ltd. (2007) on Sire Records/Warner Music, Future Breeds (2010) on Dangerbird Records/Dine Alone, and Hot Hot Heat (2016) on Kaw-Liga Records/Culvert.  The announcement of Hot Hot Heat came with the news that it would be the band’s final album, after nearly five years of almost no activity. Of course, their mark on the indie-rock world would never be forgotten  – nor would their mark on other forms of entertainment: in 2008, they appeared on the children’s TV show Yo Gabba Gabba; their song “Time to go Outdoors” was featured on the “Talent” episode.