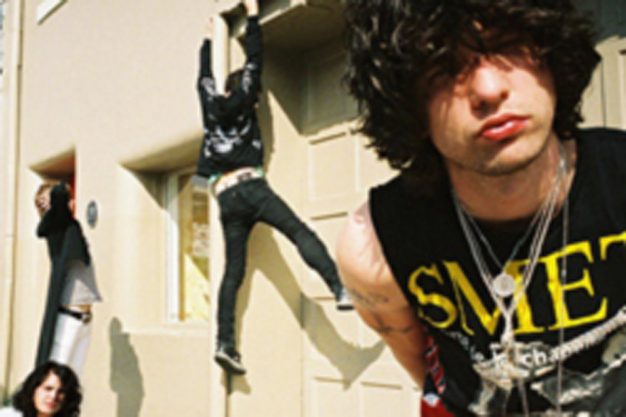 After forming in 2006, the five-member formula of Mink equates to something like alternative indie rock with a brash come-on, singalong chorus, and energy to burn. They have an international fuse because of New York singer Neal Carlson mixed with Sydney, Australia, musicians Stella Mozgawa (drums), Nick Maybury (guitar), David Lowy (guitar), and Grant Fitzpatrick (bass). Their gritty undertones are identical to Franz Ferdinand and Louis XIV, which placed them on the lineup of New York and Australia’s club circuits.

One highlight includes Mink’s “Pressure Pressure” featured on ESPN’s coverage of the major league baseball playoffs in 2006. Within two years, their transcontinental success expanded to Japan and appeared at Fuji Rock Festival ’08. Mink has toured the states with Perry Farrell’s Satellite Party, opened shows for Angels & Airwaves, appeared at Lollapalooza, and placed songs on weblogs and radio playlists across the country.

We were able to sit down with Mink in 2007, where they gave us a rundown of the average day in the life of a musician, including unedited performances and CD signings. The green screen for their “Talk to Me” music video was a bit unfamiliar, but Mink quickly overcame the newness by mimicking the energy they usually put into the live shows, into their music video. Their nervousness quickly subdued by their natural adaptation in front of the camera.