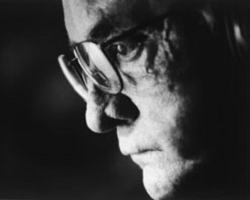 There are more than a handful of artists where we can proudly say we were on the ground floor as one of the first to bring their music to a wider audience. But other household names will bring us on board when they’ve already got a big audience and it’s a true honor and a profound privilege to be one piece of the puzzle on a large-scale release. Every so often we get the pleasure of working with a true legend and one of our most favorite artists we’ve worked with is the one and only Johnny Cash. 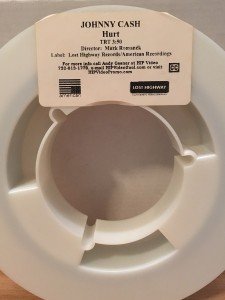 In January of 2003, Lost Highway sent us the master tape for the video for “Hurt” (which you can see above- crazy how things have changed in 14 years; now most of our deliveries are digital), Johnny Cash’s take on the Nine Inch Nails song. We had a feeling in our guts that it would be a hit- and we were right! By August of that year the video had gripped the world and MTV nominated it for 6 VMAs. On August 20, 2003 he did his last interview, which can be seen below. Less than a week after the interview, Cash went in to the hospital, meaning that his appearance at the August 28, 2003 VMAs was cancelled. While he was unable to perform, “Hurt” did win the award for Best Cinematography.

If there’s ever a cover song that’s taken on a life of its own, it’s this one. Trent Reznor of Nine Inch Nails told Rolling Stone that when he saw the video for the first time, “Tears started welling up… I realized it wasn’t really my song anymore. It just gave me goose bumps up and down my spine. It’s an unbelievably powerful piece of work. After he passed away I remember feeling saddened, but being honored to have framed the end of his life in something that is very tasteful.” The “Hurt” video was a turning point for HIP, proving our ability to recognize and share the greatest talents with the world. We’ve had the pleasure of working with many talented artists since then, but this is one campaign we’ll always remember fondly.

Johnny Cash passed away on September 12, 2003. Though it’s been more than a decade since his passing, his music continues to leave an impact. Since his passing, three studio albums: (American V:  A Hundred Highways [2006], American VI: Ain’t No Grave [2010], and Out Among The Stars [2014]) have been released, as well as two live albums (Live from Austin, TX [2005] and The Great Lost Performance – Live at the Paramount Theatre, Asbury Park, New Jersey [2007]). Johnny Cash is dearly missed, but his influence will never be forgotten.