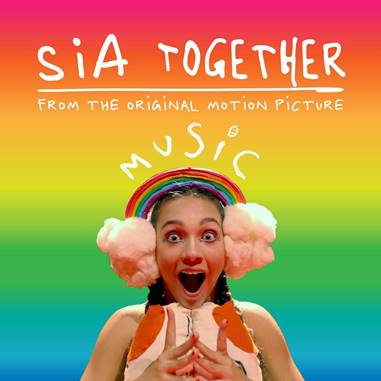 Here at HIP, we’ve had the pleasure of working with countless talented artists at the start of their careers, and getting to see them succeed and do great things is a true honor and pleasure! One artist we are proud to have worked with early on is Sia. Since we promoted her “Pictures” video in the spring of 2007, she’s been nominated for nine Grammy Awards as well as several VMAs, with many platinum records under her belt.

And now, Sia is making her feature directorial debut with the upcoming motion picture Music. Sia wrote the screenplay alongside Dallas Clayton, based on a story she wrote in 2007. The film will feature 10 new Sia songs written by Sia, and a press release about the film shares, “In the movie Zu (Kate Hudson) is newly sober and finding her way in the world when she receives news that she is to become the sole guardian of her half-sister named Music (Maddie Ziegler), a young girl on the autism spectrum. The film explores two of Sia’s favorite themes — finding your voice and what it means to create family.”

Below, check out the music video for “Together”, which gives a sneak peek to Music! Maddie Ziegler, who has starred in several Sia music videos, stars in “Together” alongside her film co-stars Kate Hudson and Leslie Odom, Jr.

It’s been a busy year for Sia, who was featured on BTS’s track “On” and has also formed the group LSD with Diplo and Labrinth, whose album has hit over one billion streams worldwide. Always busy and always creating, we can’t wait to see what Sia does next! Check out her website to see what she’s up to.