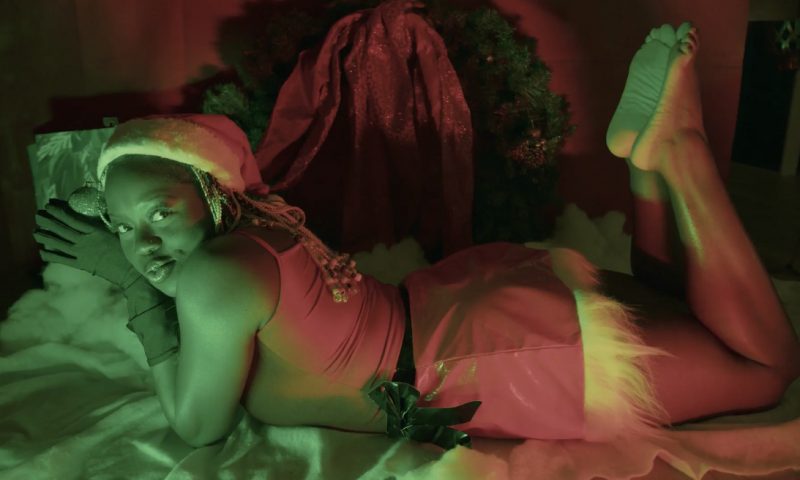 As we’ved moved into November, we’re happy to share seven new music videos from six exciting artists – there is truly something for everyone here. The latest HIP Picks – Weekly Client Roundup is here; take a look at the videos, and learn more about the clips by reading below.

Based in Saint Petersburg, Russia, Kiani has 14 years of musical education on the Persian tar and setar – as well as the doctoral education of a resident neurosurgeon. “I’ll Fly Away” (video directed by Kiani) is inspired by the joy of watching the World Cup – and the devastation around 22-year-old Mahsa Amini’s arrest and death for improperly wearing her hijab.

Gbeke was born to proper in the music industry, knowing it was what she wanted when she was only five years old! The proof is in the figgy pudding with her Christmas pop / Afrobeat single “Afro Bells”, celebrating memories of Christmas in Nigeria. In the video (directed by RD3 films), Gbeke cooks a batch of jollof rice in a candid scene with her mom.

Oxnard, CA duo Pure Order – God’s Gift and Nemesis – are at the pinnacle of strikingly unique hip-hop, combining their musical talents to connect with anyone and everyone listening. Their debut video “Sons of Belial” (directed by Jayson Vaughn) gives a voice to the voiceless, highlighting issues such as greed and gun violence. It aims to empower viewers with messages of truth and choice.

Violin virtuoso Jasmine Crowe reached #28 on the Billboard Dance Charts with “Chess Game” in 2019, and won the John Lennon Song of the Year Award for “Breaking Things”. Jonathan Fairchild is a musical and cosmetic pioneer who has toured with the likes of Lizzo, Kesha, and Aaron Carter, as well as hosting Sun.Day.Live., the first LGBTQ arts and music festival – where Crowe and her band performed. Jasmine Crowe and Jonathan Fairchild have teamed up for the “Poolside” music video (directed by Jeremy Eichenbaum), a deep dive into the tempting and torturous undertones of the entertainment industry.

LA rockers Palms Station partnered with singer Torii Wolf for “Alive” (video directed by Adam Peltier). Here, they blend mainstream pop with influence from spiritual music: Hillel Tigay, the multi-instrumentalist and songwriter who is the driving force behind Palms Station, is a cantor and musical director at IKAR, one of the largest and most influential progressive synagogues in Southern California.

Prior to “Alive”, Palms Station brought Torii Wolf to sing on the aching “Blue Skies Back,” a gorgeous exercise in hopeful acoustic pop-rock. The video for “Blue Skies Back” (directed by Connor Linnerooth) is a sun-drenched, hallucinatory travelogue that finds Torii Wolf singing under a high sky on a deserted island and Hillel Tigay pacing the streets of Europe.

Amalgaband is an “accidental” band consisting of three housemates and a neighbour who hunkered down during lockdown in Sheffield, UK: Austin, TX-born Ash Gray (vocals/guitar), Tom Jarvis of Reverend and the Makers (guitar), Thomas Lebioda from Frogbelly And Symphony (bass), and Flynn Hudson-Dean, a 16-year-old prodigy (drums). The group wrote “Rock ‘N Roll Radio Christmas” to celebrate the holiday season, with a quirky video shot by Hudson-Dean!