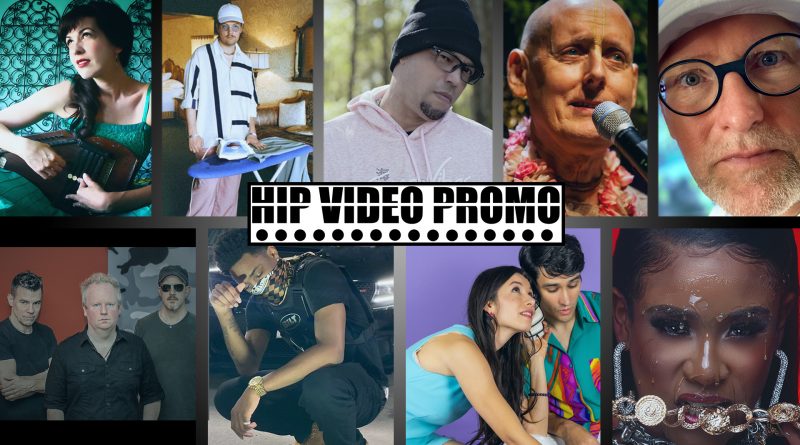 The weather is getting colder and the holidays are drawing near, and WOW, what a busy week we’ve had here at HIP HQ! Our newest HIP Picks – Weekly Client Roundup is here- take a look at the videos above, and learn more about the clips by clicking on the links below.

Producer Myd’s work with Alonzo, Kanye West, Theophilus London, SCH, and other well-known recording artists has made him a man in demand, and now he’s shared “Moving Men”, a collaborative song that features singer-songwriter Mac DeMarco (whose recent album Here Comes The Cowboy reached the US Top 10). The “Moving Men” video was done by artist and filmmaker Alexandre Nart, in the style of an ’80s Saturday morning cartoon.

Lost Romance knows all about the New Jersey underground, but they’re also established players in the DIY scene nationwide, playing in over 20 states plus festivals like CMJ, CBGB Fest, and NAMM. In the “Heart On A Wire” (from Strum It Again) video, director Joshua Stoddard presents Gerry Perlinski and co. as a homecoming, rocking out in exactly the places that have made them who they are.

Grammy-winning artist Grey DeLisle will be releasing her next full-length album Willie We Have Missed You on Regional Records in 2021; as a voiceover artist she’s had over 1500 cartoon performances, including Vicky from The Fairly Odd Parents, Samantha “Sam” Manson from Danny Phantom, and Mandy from The Grim Adventures of Billy & Mandy. She arranged her rendition of the classic “O Holy Night” herself alongside Marvin Etzioni with strings arranged by Eric Gorfain. Video directors Ross Kolton & Marvin Etzioni show a video that transitions from black and white to color, creating a shimmering holiday cheer.

World-renowned author and spiritual master Sankarshan Das has devoted his life to teaching Krishna consciousness on every continent except Antarctica. “The World Peace Formula” contains the essence of all his teachings, and the clip (directed by Sankarshan Das) is as simple as the song: imagery of deforestation, incarceration, and pollution flicker across the screen, but the vast majority of the video focuses on Sankarshan Das as the messenger who carries word of the solution.

Austin, TX group Moonray is well-acquainted with ’80s synthpop, but their new EP Honeymoon proves they’re more than just a throwback. In the new video for “When You’re Around”, director Diego Lozano casts Barbara and Jonray Higginbotham as superheroes, supervillains, and superstars, all at once, with all the tropes of ’80s cinema on display.

Northern Virginia rapper Neff Nuffsed established his career in the early 2000s and has evolved immensely in the time since. In his new music video for “Stranger Things” (directed by Mr. Top Flyght), he’s backed up by close companions (and fellow VA locals) Mr L-BO and Mic B. “Stranger Things” is a track primed for your pre-game, pump-up playlist, and the video will give you major Stranger Things and The Purge vibes.

Sonarpilot, aka Michael Moppert, has heard the future. Michael created The Mirage Project, a series of unique fractal films with individual electronic soundtracks, in the spring of 2020. “Cathedral” is the penultimate installment in the series; it’s a reminder that while technology is an integral part of our daily lives, “in the end, nature will still be more magnificent and enigmatic than anything we will ever be able to create.”

After an interstellar adventure through several fractal films, Sonarpilot’s The Mirage Project (produced alongside close friend and film producer Roger Mäder) is now coming to a close with “The Last Machine”. The visuals and text in “The Last Machine” suggest that these creations have become aware and have begun to design and build their own systems. As is frequently the case in a Moppert/Mäder collaboration, the lines blur between anatomy and edifice.