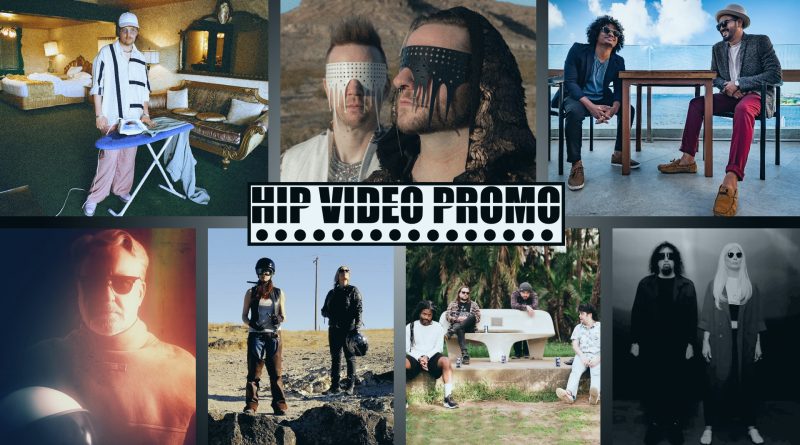 We’ve got so many new videos to share today that our weekly recap is split into two separate videos! The latest HIP Picks – Weekly Client Roundup is here; take a look at the videos, and learn more about the clips by reading below. Parisian producer and singer Myd has seen the love from everyone from HypeBeast to MTV Spankin’ New. In the new single and music video “Let You Speak” (directed by Dan Carr), he takes the sights, sounds, and textures of nature to a whole new level of inspiration.

“Everybody Wants To Rule The World” Music Video: The Private Language (Dance/synth/pop)

Together, Blake Lewis (a finalist on season 6 of American Idol) and KJ Sawka (drummer of Pendulum, collaborator with Amon Tobin, Andy Summers of the Police, and more) form The Private Language. Their first release is a cover of Tears For Fears’ 1985 chart-topper “Everybody Wants To Rule The World.” The Private Language have created a video (directed by Blake Lewis) that gives us a whirlwind overview of the world as it is.

Coming to us all the way from the Maldives, Faizan is a master of the handpan and the founder of Skyrock Band. Together with saxophonist Husen (a member of Skyrock Band), he’s covering arguable the biggest song of 2020: the chart-topping “Blinding Lights” by The Weekend. Their “Blinding Lights” video (directed by Vishal Zaki & Vishal Mahir) was shot in the beautiful Ozen Reserve Bolifushi resort in the Maldives, bringing the song back to its tropical roots.

10-19 is a cornerstone of San Diego hip-hop and is backed by the prolific multi-instrumentalists/producers Joel Kynan, Brian Scafidi, and Sean Burdeau, together making music as 10-19 & The Number Men. The group released their debut EP Spokes in January 2021 through the San Diego-based It’s Okay, I’m Crying label and they’re now sharing the second single and accompanying music video “July 10th”. Directed by Upstate Productionz, the “July 10th” video shows the group ready to play in a few different abandoned locations, ready to share their message.

From the Project213 mastermind Jared Hallock comes a new musical adventure Foolish Human, a synergistic creation with bandmate Benson Cabiao. With their first single, “Lake Union”, Foolish Human reveals an aesthetic that sounds like a love letter to the Pacific Northwest. Directed by Katie Preston, the “Lake Union” music video shows two female protagonists leading the way on an adventure through the Pacific Northwest.

Together as the collaborative duo PIERA, artists Piera Klein and Micah Plissner create daring, boundary-less synth-pop. “Unraveling” is the new single and music video, and together Cameron Dunbar and Klein bring an artful vision to life on screen. The “Unraveling” video makes intentional references to the work of illumination artist James Turrell; everything is there for a reason. Part of the Richmond-based Don’t Fold Entertainment crew, EZ Longway has a charismatic delivery and deft rhymes. On “Thug In The Room”, he’s joined by the legendary Bigga Rankin (tours with Young Jeezy, Lil Wayne, 8Ball & MJG, and 2Chainz; helped popularize records by Rick Ross, Plies, Yo Gotti, Gucci Mane, B.O.B., and others through his mixtapes) and labelmate HBK JohnDoe. “Thug In The Room” was produced by Dummy Beatz and the video, which shows Bigga Rankin holding court for EZ Longway and HBK JohnDoe as guests of honor, was directed by Reginald Miller.

AV Super Sunshine’s ’60s psychedelic rock aesthetic and genre-breaking sound have become a household staple, and his new single “A Wedding Song” has already reached over 1,900 station downloads and debuted at #4 on the Global AC Airplay Charts. The song and video (directed by AV Super Sunshine, Philomena Victor) are an ode to AV and his beautiful wife Philomena on their wedding day. The clip follows the couple on an intense road trip from icy Wisconsin to sunny Florida; no matter where they are, you can be sure this couple are happy to relive beautiful moments from their big day.

Originally from South Georgia, the now-South Florida local Kendall Spencer is a firm believer in the “just do it” model. “All In” comes from his newest release The Total Package; here, he states point-blank, “The grind don’t stop.” In the “All-In” video (directed by Kristen Anderson & Karl Anderson), Spencer is the only subject of focus, because he truly is the main attraction.

Ukrainian-American singer-songwriter Yevae has done a lot of hard thinking about how to move the crowd and that all comes through in her euphoric, transcendent club music. “Wings” builds on the success of “Stand For Yourself” and “Free Me”. The “Wings” video (directed by Yevae) confronts the struggle for control within a romantic relationship, with a tone that’s broadly fantastic, a rush and a rollercoaster.

A dance floor is a place of release – no matter what is on your mind – and perhaps no one knows that better than Yevae. “I Run To You” was released as a single in 2020; the video’s messages of suicide prevention and the importance of checking in on those around us are ones that are always timely.