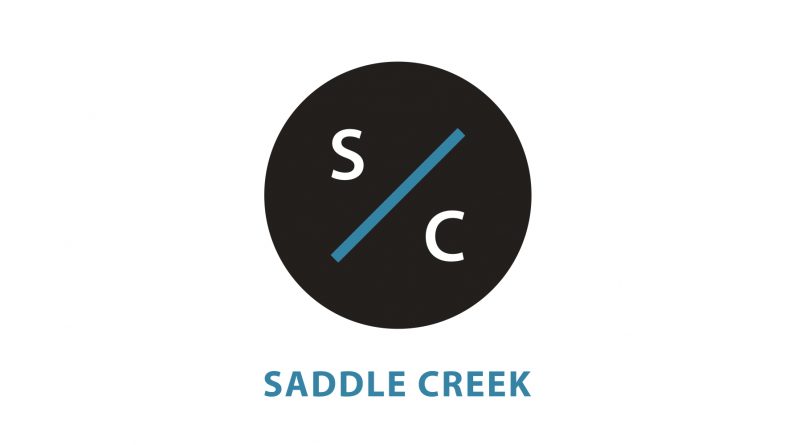 Over the last 21 years, HIP Video Promo has had the greatest pleasure of working with some of the most outstanding and iconic record companies within the music industry. Every Tuesday, we’ll go down memory lane and talk about some of our favorite record labels we’ve worked with in the past. On this Record Label Tuesday, we’re continuing with Saddle Creek Records.

Saddle Creek is an American record label founded by Mike Mogis and Justin Oberst in 1993 in Omaha, Nebraska. Instead of getting its start in a dorm room or a one-bedroom apartment, Saddle Creek got its start in a college classroom. It started as a class project on entrepreneurship, and from there, the label was born. Mike and Justin originally named the label Lumberjack Records, but it was soon changed to Saddle Creek. The name comes from a road that cuts right through the east side of midtown Omaha. Mike Mogis eventually grew out of his role, and Robb Nansel then took over. They started to pioneer Omaha’s very own music scene, and they haven’t stopped since.

In 2001 Saddle Creek started opening their doors to more national artists like Now It’s Overheard and Sorry About Dresden. In the first couple of years, they also worked with Crooked Fingers, Rilo Kiley, and Eric Bachmann. In 2005 the label commemorated their first ten years with the documentary Spend An Evening with Saddle Creek. The DVD features interviews, archival footage, and live performances. Just two years later, Saddle Creek opened its own music venue in downtown Omaha and called it Slowdown. In its 27 years of business, Saddle Creek has already accomplished tons of success, and they’re only getting started.

In August 2003, HIP Video Promo worked with Cursive and Saddle Creek for the first time. Cursive is an indie band with an emo/ post-hardcore vibe. In 2003 we promoted their video for “Art Is Hard” off their commercially successful album The Ugly Organ. The video starts with the band center stage and an audience watching them with confused looks on their face. From there, it’s backstage, where we see a behind-the-scenes look into the world of Cursive. The video ends the same way it started, with the band on the stage and a red velvet curtain bringing it to a dramatic close.

Another Saddle Creek artist we got the chance to work with is The Good Life. The Good Life originally started a solo project for Cursive’s lead man Tim Kasher. Eventually, it grew and evolved into its own music group. In November 2004, HIP Video Promo promoted their video for “Lovers Need Lawyers”. In the video, we follow a young boy who’s dressed as a middle-aged man and who lives the middle-aged man’s life. The video starts with the boy entering his orange suburban house with his toy poodle in hand. The moment he walks in, he’s immediately accused of cheating as his wife holds up a lipstick-stained shirt. While the story unfolds, The Good Life fills the sets with their music and gives an awesome performance. It’s a classic storyline with The Good Life’s spin on it.

The next Saddle Creek artist we had the honor of working with is Bright Eyes. Bright Eyes are another Omaha-based indie rock band formed in 1995. In February 2005, HIP Video Promo promoted their video for “First Day Of My Life” off their 2005 album, I’m Wide Awake, It’s Morning. This clip is the ultimate reaction video, showing several couples sitting on the couch and reacting to the song. The song fills the space, and you can see the couples making the connection between the words and their significant other. From start to finish, the video is overflowing with love, and the feeling is definitely infectious.

Next up on our Saddle Creek list of artists is The Faint. In August of 2008, HIP Video Promo promoted their video for “The Geeks Were Right” off their new wave album Fascination. Get ready to be taken to a whole new dimension with this video. Like their past videos, The Faint pull their inspiration from the early days of videos. The clip is filled with a spinning orange kaleidoscope effect, swirling rainbow lights, and people morphing in and out of the frame. It’s wonderfully weird, and we can’t get enough of it.

Another artist from Saddle Creek we’ve had the honor of working with is Big Thief. In April of 2017, we promoted their video for “Mythological Beauty”, the leading single from their album Capacity. For this video, Big Thief is all set for a wild adventure through the snowy mountains. In the video, frontwoman Adrianna Lenker is joined by a weakened Buck Meek. The only thing that can save him is an intervention from a magical being. We catch sweeping shots of the mountains and beautiful landscape surrounding them, and you can’t help but feel transported into their fantasy world.

Just two years after working with Big Thief, we got to work with their amazing leading lady Adrianne Lenker. Before starting her impressive career with Big Thief, Adrianne had been writing songs since she was ten years old. In February 2019, we promoted her video for “symbol” off her album abysskiss. In this video, we’re transported to the bustling boardwalk of Coney Island, New York. We get a glimpse of the famous Nathan’s Hot Dog stand, and we see Adrianne walking down the middle of the boardwalk. The video highlights the boardwalk and the people who come from different backgrounds to enjoy the same thing. Amusement rides zip and flash in the background, all under a cotton candy sky. This love letter to New York has turned into a beautiful music video.

We worked with Stef Chura in June of 2019 when we promoted her video for “Scream”. This video holds that classic early ’00s vibe filled with varsity jackets, empty auditoriums, and teenage angst. The video shows Stef in a cheerleading uniform as she rocks on in an empty gym with her guitar. We get classic high school scenes with couples making out in a janitor’s closet and kids eating lunch and getting stoned in the bathroom. It’s a video filled with so much nostalgia you can’t help but feel it.

The last but certainly not least Saddle Creek artist we’ve worked with is Disq. In 2020, we promoted their videos for “Daily Routine” and “Loneliness”. In “Daily Routine”, Disq is the star of their own cable show, but it is hard to tell what kind of show it is. It seems that each “episode” has its own crazy plot. The video also shows each member of the band getting their classic sitcom intro. In between the vague cable shots, we see the band decked out in their matching red shirts and their glittery gold backdrop. It’s a classic video we can’t stop watching. The video for “Loneliness” starts a little bit more somber and definitely a lot colder. We see DeBroux-Slone riding on a snowmobile with his six-string secured on his back. Eventually, he makes it to the bar and is greeted outside by the rest of the band. They give a performance of a lifetime to a crowd that doesn’t seem to be interested. However, they won’t let that discourage them. It gets to the point where the sound is cut from the band, but they just keep on playing.

For 18 years, we’ve had the honor of working with the incredible Saddle Creek Records. Every artist they’ve released and every artist we’ve gotten to work with has been consistent in success and talent. Saddle Creek is still going as strong as it ever was, and we can’t wait to work with them in the future.