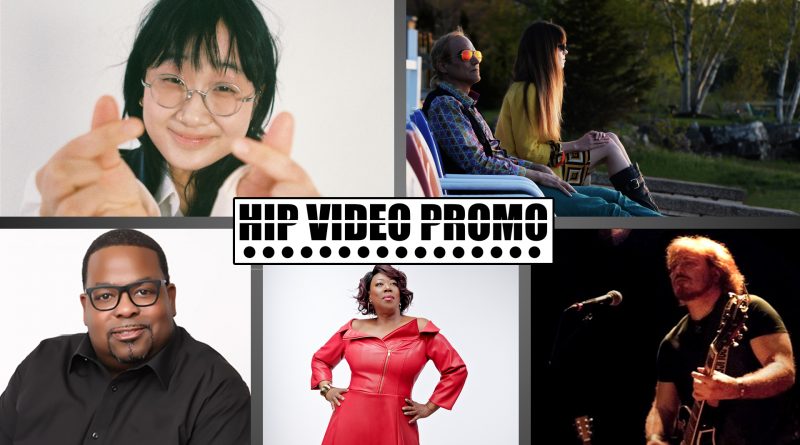 WordPress Image Carousel
From electronic-flavored pop to Americana-rock to gospel, great music comes with great stories and great messages. The new videos haven’t slowed down a bit! Our newest HIP Picks – Weekly Client Roundup is here- take a look at the videos above, and learn more about the clips by clicking on the links below.

Queens-born, Korea- and East Coast-raised Yaeji is blowing up the underground and the mainstream, having produced remixes for Charli XCX and Robyn and sold out two headlining world tours. What We Drew is her first release on UK über-indie XL Recordings (home to Radiohead, Adele, and FKA Twigs, and more), and lead single “Waking Up Down” – which is both bedroom pop and underground club – is DIY from front to back. Yaeji designed and illustrated the “Waking Up Down” video herself, and it was produced by Studio Yotta. The video follows Yaeji and Woofa navigating the trials and tribulations of adulting.

Roots-rock and alternative pop singer-songwriter Jefferson Thomas writes songs that tell real stories, with characters drawn from his own experience. His latest album Sixteen Sundays is full of succinct, immediate songs with a timeless quality. “Greyhound Bus” brings interstate trips to life, and the clip – which he directed himself – takes us from the lights of New York City, the rough road in the country, and the institution-green metal of the prison cell.

AV Super Sunshine has been living the peace, love, and rock ‘n roll life for some time now, and he has the discography to show for it: he’s had multiple Number 1 hits on both the EuroIndi Music Charts and the World Indie Music Charts, as well as support from the BBC. “Smile” was first introduced with a dance mix and video, and now this flower child is sharing the pop-rock version of the song, produced by multi-platinum studio whiz Michael Bradford (Madonna, Anita Baker, Deep Purple, Eurythmics’ Dave Stewart). In the “Smile” video, he hangs out with his partner/collaborator/muse Philomena in the booths of a classic diner… along with a mannequin. We even see cinematographer Reinhart (Ray) Peschke behind this camera in this “shoot within a shoot” style.

Pastor Todd Curry of St. Peter, The Rock, Inc. is a community activist, award-winning producer, and innovative songwriter, and his service and dedication to his community and church is always at the forefront. This wonderful message has spread beyond his locale: his national touring group, Todd Curry and Focus, won the 2012 Rhythm of Gospel Award for Artist of the Year and even appeared on BET’s Bobby Jones Gospel during a Sunday morning taping. In his new video for “He’s Worthy”, Pastor T is joined by St. Peter, The Rock, Inc. Ministry Choir, and everyone in the room is powerful in their words and exuberant with their voices, on their feet cheering and clapping along.

“I Am More Than A Conqueror” Music Video: Tonya Lewis Taylor (Gospel)

Guitars can be processed, signals can be synthesized, vocals can be manipulated, and beats can be programmed, but one thing that can’t be faked is the authenticity, wonder, and life-changing power of a church gospel choir. Tonya Lewis Taylor is a singer and praise-giver whose gift helped her make Billboard’s Top 15 with the single “Thank You”. She’s also spreading good in the world through philanthropic efforts with her I Will Graduate Youth Development Program, as well as being the Co-Founder/Executive Director of Entertainers 4 Education Alliance. The “I Am More Than A Conqueror” clip finds her in a house of worship, surrounded by other true believers. Taylor presides over a disparate congregation, pulling everyone together into a single-minded unit wholly focused on praise; if you’re watching, you’re bound to feel inspired.