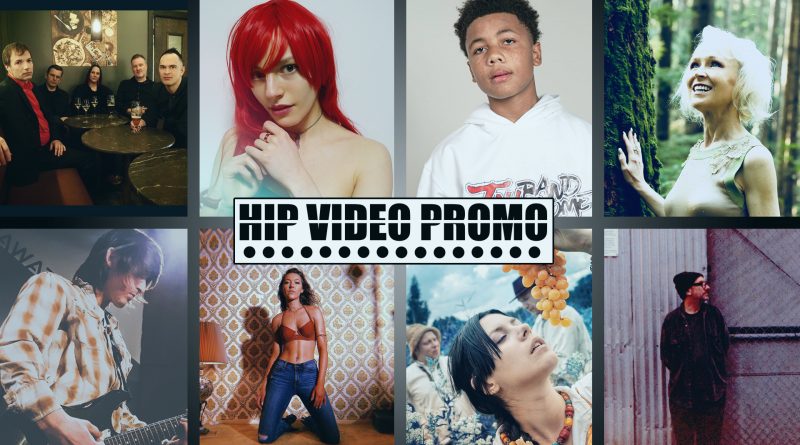 The weather may be cold but the sun is shining here in New Jersey and we have another excellent batch of videos to share! Our newest HIP Picks – Weekly Client Roundup is here- take a look at the videos above, and learn more about the clips by clicking on the links below.

Long before Zoom collaborations made globe-spanning collaborations trendy, Sweden’s Grammy-winning folk-rockers Garmarna were pushing the boundaries of cultural influences. “Dagen Flyr”, from their seventh and latest studio album Förbundet, is a tale from the Swedish-speaking parts of Estonia about old age, a goodbye to life, and a welcome of sorts to the inevitable death. Directed by Severus Tenenbaum, the video blends footage of the band performing with stylized prints of a deep Baltic forest.

Singer-songwriter Meresha pens uncommonly thoughtful pop, so it’s no surprised she’s been recognized twice on the Billboard club charts. In the “Red Headed Lover” clip (directed by Johan Planefeldt), the real relationship isn’t between Meresha and the male object of desire – it’s between the artist and the woman she sees in the mirror.

A profound respect for nature and all living things is at the heart of Russian band Theodor Bastard, and “Les” takes the listener deep into the taiga and acquaints her with the North Russian chill. Fedor Bastard’s video for “Les” is gorgeous, yet unsettling, simultaneously alluring and forbidding.

Not every musician is as lucky as Jaybandsome; when his sister, Dream Doll, was in a studio session, Jay realized that music was his future, and hopped on the microphone. His debut single, “Looking Up,” was released by Hitmatic Records and NaturalBridge and it’s been given radio love from DJ Whutever and DJ Will of Power 105.1 in New York. The “Looking Up” video (directed by Gean Claude “Poke” Olivier) takes us on a tour of Jaybandsome’s hotspots, from his neighborhood in New York to his high school just across the water in New Jersey.

Deemed as the “pop princess of the west coast,” Jaimie Steck turns heads with her fierce showmanship equivalent to household names like Britney Spears, Madonna, and Janet Jackson. Steck can also be found in an episode of Anatomy of a Breakup and the films Swift Justice and Running Forever. “Boomerang” showcases her captivating and outgoing personality, and its video (directed by Zoltan Orban) will make you want to get up and dance along with her.

Uruguayan rock artist Rough Minds, the brainchild of Josema Ganz, are no stranger to singing in English and even flying the Union Jack; after all, they’ve worked with legendary producer and engineer Stuart Epps, whose credits include Led Zeppelin, George Harrison, Oasis, Elton John, and Paul Weller. Director Matías Bernadá Montedónico takes us through the streets of Montevideo in the “Songs out Loud” clip, and Ganz himself added a psychedelic colorful effect to reflect the ’60s and ’70s influnece in the song.

“We All Fly Together or We Don’t Fly at All” Music Video: Robyn McCorquodale (Pop)

Robyn McCorquodale has studied and trained in music her whole life, and her work has been praised by outlets across the US and Canada. “We Fly Together or We Don’t Fly at All” was inspired by her role as a caregiver to her parents; the video, directed by Mark Ellis and MuvoMedia, celebrates those on the front line.

Grammy-winning record producer and Grammy-nominated songwriter Marvin Etzioni recently signed a digital distribution deal with Six Degrees for his label Regional Records. The new single “Love Letter To Democracy” follows the album What’s the Mood of the Country Now?, and the focus of its video (which Etzioni himself directed) is a model of the Statue of Liberty, against a harsh gray background, with a torch aflame.