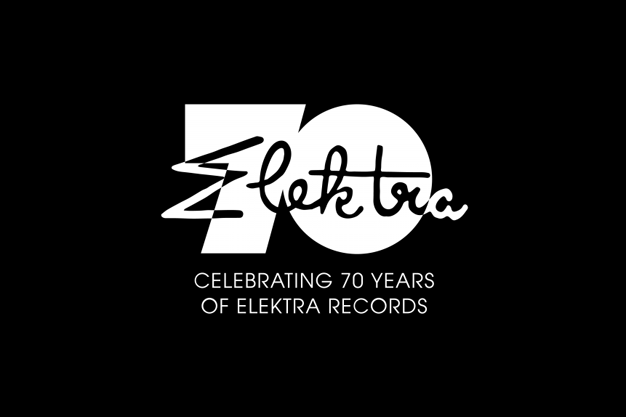 Over the last 20 years, HIP Video Promo has enjoyed working with some of the most outstanding and iconic record companies within the music industry. Every Tuesday, we’ll go down memory lane and talk about some of our favorite record labels we’ve worked with in the past. On this Record Label Tuesday, we’re continuing with the excellent Elektra Records.

Elektra Records is an American record label owned by Warner Music Group. It was founded in 1950 by Jac Holzman and Paul Rickolt; like many business ideas, the record label formed in Holzman and Rickolt’s college dorm room. Both founders invested $300, and the name came from Holzman’s missing K in his name and Greek mythology. The record label would become an important factor in contemporary folk and rock music’s developmental phases in the ’50s and ’70s.

Their first release came just a year after its founding with the LP New Songs, a collection of Lieder and similar art songs. In 1964, they launched a subdivision classical budget label called Nonesuch Records, which became the most popular one in that era. It also helped Elektra get its foot in the pop music world. Their first taste of pop music came from the joint venture with Survey Music. Together, they came up with Bounty Records and signed artists like the Paul Butterfield Band. They would eventually fall under Elektra Records and would become one of their most important signings. Some other significant signings consist of The Doors, The Stooges, and MC5. In 1970, Kinny National Services acquired Elektra, which would then change to Warner Communications in 1972. Later, it would then merge with Asylum Records but would still function as an independent label. After the merger and acquiring, the name changed to Elektra Entertainment Group in 1989; with that came signings like Metallica, The Cars, and Luna.

Eventually, in 2004 Warner Music Group was sold to a group of private investors and these new owners merged Elektra and Atlantic Records with 40% of Elektra’s operations put into new ventures. Elektra would eventually become dormant until 2009, when it was revived. The first release of this revival was the soundtrack for True Blood, and it’s now home to Bruno Mars, CeeLo Green, and Justice. After a rocky couple of years of merging and being bought into other record labels, Elektra Music remained resilient and is known for being one of the best record labels within the music industry.

Throughout the years, Elektra Records has had its share of amazingly talented artists, and in 2003, HIP Video Promo had the honor of working with JET. This four-piece comes from down under in beautiful Melbourne, Australia. Although they were popular in the early 2000s, their sound comes from the late 1960s; they’ve been called “the Australian Oasis.” They’ve toured their home country with the Rolling Stones and were given the rare opportunity to choose their producer while recording their first-ever album and recording their massive hit single. In August of 2003, HIP Video Promo promoted their video for their first single, “Are You Gonna Be My Girl” off their debut album. The video was shot in a way that perfectly sums up this band: no non-sense and no-frills. The video was shot in stark black and white with no features apart from the doodles coming from the band and a beautiful woman’s silhouette. The focus is on the performance and the band, exactly how JET wants it to be.

In their 70 years of business, Elektra Records has made quite the impact on the music industry, and they’ve been doing a lot longer than a few other record labels. Through all the turmoil they’ve gone through, Elektra remains one of the most essential parts of contemporary rock and folk music. They’ve proved time and time again how resilient they are and how no one could ever take their place in this industry. They know it, and the music industry knows it, too. It’s no wonder they’re one of the best around.

It’s not uncommon in the music industry for record labels to be bought or merged in with another record label, and Elektra is certainly no stranger to it. When we had the chance to work with them, it was right around the time they merged with Atlantic Records. Although our time with Elektra was relatively short, we’ve worked very closely with Atlantic and have promoted quite a few of their artists. If you’d like to read about our work with Atlantic Records, click here.