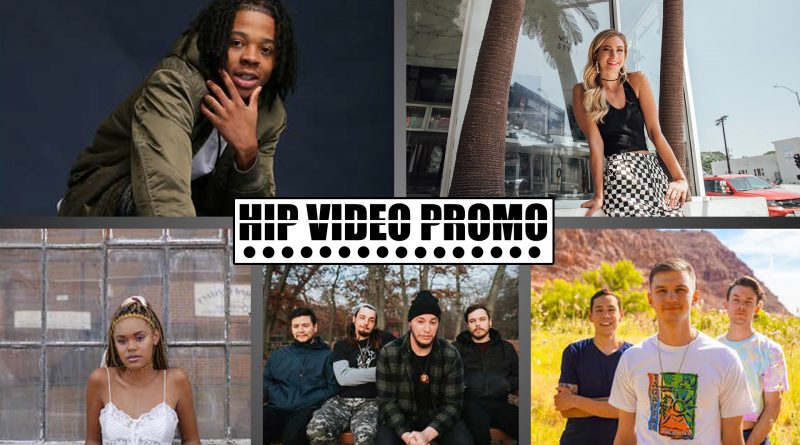 WordPress Image Carousel
We’re pumped to share a variety of different sounds this week, but consistent among these songs? Well-shot, perfectly-planned music videos. Our newest HIP Picks – Weekly Client Roundup is here- take a look at the videos above, and learn more about each clip by clicking on the links below.

“Come Back To Me” Music Video: Drea Jeann (Pop/electronic)

Drea Jeann’s luminous video for “Come Back To Me,” directed by Ben Griffin, contains elemental imagery – but that’s what allows the clip to communicate as effectively as it does. The Bay Area singer creates songs that elicit deep feelings of sympathy from her audience: she connects effortlessly with her listeners, and she makes every lyric count.

F$O Dinero has been churning out singles at breakneck speed. His latest is “Panty Droppa”, a reminder that you don’t get fun time till you’ve put in overtime. Directed by Damian Fyffe, the “Panty Droppa” video feels like a long, hot day in the Sunshine State.

Lucy DK has the lyrical chops to write about anything she wants, and the kind of heartfelt, soulful voice that makes the listener feel like they’re hearing someone who understands, for maybe the first time ever. The UK-born, New York based composer has chosen to use her immeasurable gifts to illuminate the kind of deep, lasting wounds that most of us would rather pretend aren’t there. Rapper and producer Aly “Lackhoney” Lakhani made the beat to her latest single “Family Drama”, which is paired with a clip that veers between the abstract and the mundane.

An Old Friend hails from Long Island, and they proudly draw from the punk, hardcore, and emo tradition that their region is famous for. They’re a thunderous, mesmerizing live act, and Tom Flynn’s clip for “Nesting” catches the band in action in a handsome country house – and suggests exactly how much dynamism the group can bring in a concert setting.

If you like music that will make you feel something – and that’ll make you scream along while you’re starting the mosh pit – then Las Vegas group High Sierra Club is your jam. They’re set to release their debut self-titled EP in December as the culmination of hard work from scratch. “Waiting”, the first release from the EP, is a track about a period of uncertainty, paired with a video filmed in an oddly-shaped detention basin.