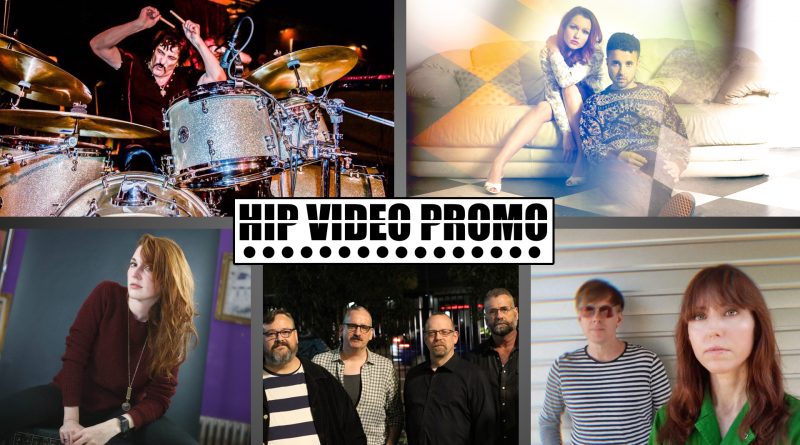 New This Week: “Nobody Knew” music video from Carmine Appice, plus new videos from Lovers & Poets, The Bobbleheads, Hooked Like Helen, and Brittain Ashford

This week we’ve got two new videos for you from two beloved returning members of the HIP family, Luh Kel and Jae Mansa. Here’s our latest HIP Picks – Weekly Client Roundup- take a look at the videos above, and learn more about each clip by clicking on the links below.

With a double-album called Guitar Zeus, is it any surprise Carmine Appice is a rock god? He played drums for Vanilla Fudge, cowrote Rod Stewart’s “Do Ya Think I’m Sexy”, and created a super-group with Jeff Beck. His band features Tony Franklin (The Firm) on bass and Kelly Keeling (Trans-Siberian Orchestra) on vocals, and “Nobody Knew” features Queen’s Brian May. Directed by Carmine himself, the “Nobody Knew” video paints a message that while times are changing, we’re all in this together.

Taking cues from Portishead, moby, and Massive Attack, Lovers & Poets aren’t afraid to go their own way. Their bold cover of David Bowie’s “Ashes To Ashes” got them into rotation on LA’s revered KLOS, and now they’re back with “Sugar High”, the first single from their new album. In the “Sugar High” clip, the band perform in an almost featureless, overexposed, ultraviolet room, as hallucinogenic patterns and imagery float and flash across the frame.

Since 2003, The Bobbleheads have kept the rock-n-roll faith of San Francisco alive and well. “Joey”, from their latest album Myths & Fables, sees a fed-up girlfriend hounding her lazy and jobless boyfriend to get up off the couch. When she storms off, it’s to a bar where The Bobbleheads sing about her…. now-ex-boyfriend.

High Strung Free Dance, a movie that opened in theaters recently, captures the excitement and romance of the stage – and “Liar”, a gorgeous pop ballad by Ohio pop duo Hooked Like Helen, is the keystone of the soundtrack.  Prior to High Strung Free Dance, “Liar” was the centerpiece of Hooked Like Helen’s recent EP Tragedy Of Physics, which drew praise from The Line Of Best Fit and CLASH Magazine. The “Liar” video, which premiered on Radio Disney’s Twitter, is a star-studded affair, with classically trained ballerina Juliet Doherty (who’s danced on Broadway, at Radio City Music Hall for the Christmas Spectacular, and in Driven To Dance), Thomas Doherty (who starred as Harry Hook in Disney’s Descendants 2 and 3), Harry Jarvis, and the legendary Jane Seymour. But the footage of Hooked Like Helen, cut between movie scenes, is just as compelling.

“I Could Have Danced All Night” Music Video: Brittain Ashford (Pop/ambient)

Even if you aren’t a theater fan, chances are you know “I Could Have Danced All Night” from My Fair Lady.  On her album Drama Club, Brittain Ashford has created a dreamy, post-trip-hop version that slows the song down and strips it to its emotional core. Together with director Tim Chaffee, she’s created a clip for “I Could Have Danced” that’s meditative and wryly humorous – and shows she’s every bit as compelling as an actor as she is as a singer.

As a companion to “I Could Have Danced All Night”, we’re sharing another Brittain Ashford video: her take on “Sonya Alone”, a showstopper from Natasha, Pierre, & The Great Comet of 1812. Brittain directed this one herself, and here, words are the star: confessions, apologies, and wishes are depicted on fortune cookies, post-it notes, and index cards.