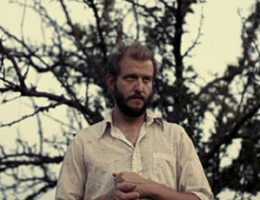 After a breakup with his former band, the end of a relationship, and dealing with mononucleosis hepatitis, Justin Vernon slowly created the band Bon Iver while locked away in his father’s cabin in Wisconsin. Without even planning to do it, Vernon slowly began to write and record the album, For Emma, Forever Ago in 2007. Without going through a label, Vernon released all of the songs in their present state and sent out the pressed CDs to various blogs to gain exposure.

From there, the band’s popularity snowballed. For Emma, Forever Ago became an indie-folk touchstone. Vernon’s pure vocals and confessional lyrics were highly sought after: Bon Iver collaborated with Kanye West and James Bay.

Since then, Bon Iver has released a self-titled album in 2011, which takes on a new musical direction. Shortly after, Vernon announced that the band would be winding down because it was distracting. For Emma and Bon Iver received a plethora of awards and titles that recognized its uniqueness and creativity. They returned from their hiatus and released 22, A Million in 2016, an experimental album that links to the theme of uncertainty. Their most recent release was their fourth album i,i in August.

We are so thankful to have worked with a genuine band like Bon Iver. Back in 2011, we promoted “Calgary,” a gradually layered song that provided its own dynamics. A spectral spirit takes form and is joined by another like her. Immediately, they join hearts and never leave each other’s sides.

In 2011, the video for “Holocene” followed the footsteps of a young Icelandic boy traversing the island’s volcanic landscape and shoreline, using Iceland’s dramatic geological beauty to conjure up the atmosphere the song tries to convey. The video made such an impact that National Geographic premiered it – we were honored to work such a profound visual!

The next Bon Iver video we promoted is “Towers,” a clip of stunning natural beauty and a solitary figure seemingly alone in the world. An older man occupies a docile house but must use his small boat to reach towers out in the ocean. The towers are left to be intentionally vague, so the viewers can connect the towers to an object in their life that is difficult to reach, but they still make an effort to get to it.

After the release of i,i, Bon Iver released lyric videos for the songs on the album. The “RABi” lyric video has graphics, drawings, linework, and scribble floating through the video. The longer the video goes on, the more crowded it gets. The musical journey “RABi” brings you on is meant to be introspective and healing.