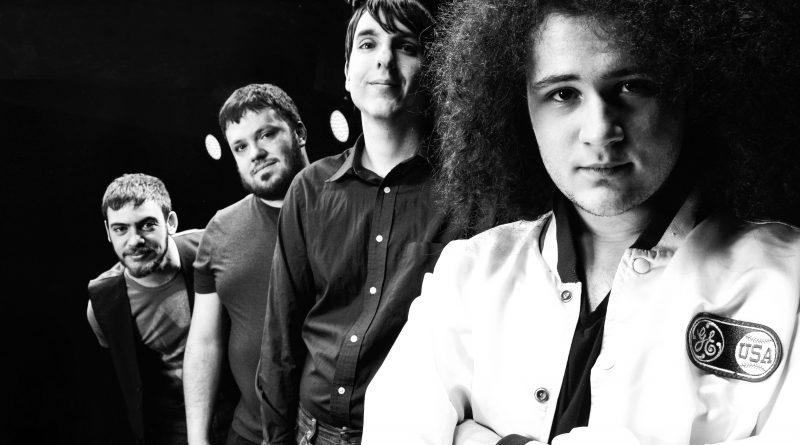 Rock and roll music is a blast to listen to – and nobody knows that better than NYC quartet The Inoculated Canaries. The band consists of frontman and guitarist Michael Rubin, drummer James Terranova, bassist Dylan Gross, and keyboardist Brian Sweeney; on this track, Terranova and Sweeney play some delightful horns. They grew up on the greats – Led Zeppelin, Pink Floyd, Nirvana, Thin Lizzy. Rubin says, “Greatness is sometimes having to stick up your middle finger to authority, convention and even the person in the mirror… Side-Effects may include crying, laughing, a sudden sense of existential dread, and/or hearing loss.”

Sounds like fun, doesn’t it? Well the best place to see a rock and roll band is live in concert, and The Inoculated Canaries will be playing a show at The Bowery Electric this Friday, September 27. Doors open at 7:00pm and the show starts at 7:30pm. If The Inoculated Canaries aren’t enough to lure you in on their own, they’ll be joined by The Nomadic, The HOLY WOW, and Samonik. Sound like a good time? Get your tickets HERE for only $10 if you buy in advance ($15 day of show)!

Earlier this year, we first worked with The Inoculated Canaries to promote their video for “Sneakers.” A true NYC love story, this clip begins on the subway trains and ends by going up in flames.

The Inoculated Canaries’ latest offering is “Donna”, which will premiere this Thursday, September 26. Like their previous single “Sneakers,” “Donna” was produced by Matt Squire – a Rockstar producer that’s worked with Panic! at the Disco, Ariana Grande, The Used, Taking Back Sunday, Demi Lovato, and so many more artists that you know and love. And also like “Sneakers,” “Donna” is an old-school love song with a modern twist – but this one doesn’t end so happily.

While Rubin sings wistfully as our female protagonist puts on her makeup, “Donna” goes after someone else. Will true love be found for anyone? But whatever happens, it’s all good: throughout the clip, we’re treated to shots of the band performing in a warehouse space, rocking out.

We’re big fans of The Inoculated Canaries here at HIP – check out these photos of the band rocking out on stage at The Saint in Asbury Park, and hangin’ with HIP owner and president Andy Gesner!