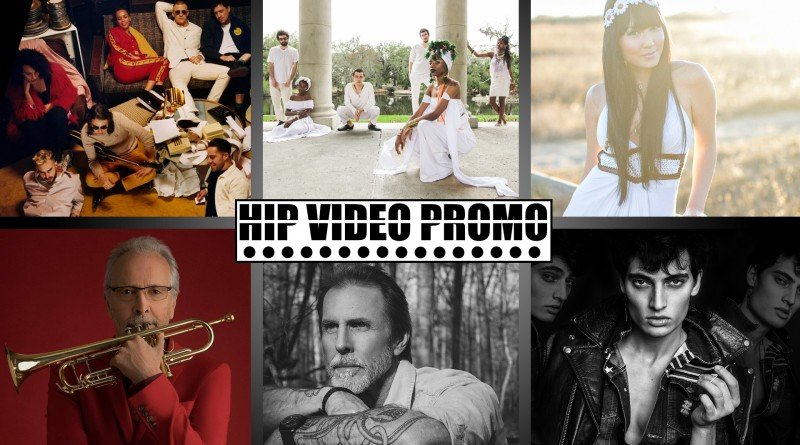 Time sure flies when you’re having fun, and here at HIP HQ, we’re having a blast! Whether our clients are new to the musical world or they’ve been around for decades, it’s always a thrill to share their videos with our beloved programmers. The newest HIP Picks – Weekly Client Roundup video gives you the low-down on some of our current projects, and we’ll tell you a little bit about each one below.

Founded by childhood friends Josh Lloyd-Watson and Tom McFarland (“J and T”), Jungle has now expanded into a seven-piece lineup to give their live shows a full and organic experience. Described by The New York Times as “sleek midtempo 1970s-style-funk”, Jungle is much more than a genre: as Lloyd-Watson told Pigeons and Planes, Jungle is about “self-satisfaction and happiness [that] actually comes from within.” Their latest single “Happy Man” is their first since their 2014 debut album. Directed by JFC Worldwide, the clip for “Happy Man” shows a group of people sitting around a TV, as the wheels begin to turn and a bit of musical – and automotive – magic begins to happen.

For more than sixty years, optimism has poured through Herb Alpert’s horn, so it’s hardly a surprise that this Grammy Award-winning trumpeter, singer, and songwriter has now put his spin on the Louis Armstrong classic “What A Wonderful World”. It’s a heartwarming clip that spreads the message that it’s one globe, and the better we respect and listen to each other, the sweeter the harmonies we’ll make. And as if that wasn’t sweet enough, get this: all proceeds from the single will be donated to the Louis Armstrong Educational Foundation.

Haven’t we all wished we could gaze at the stars during the daytime? With their new clip for “Star Gazing”, Lady Moon & The Eclipse have allowed us to do just that, with their spiritual blend of pop, R&B, and Afrobeat music that feels like a window into a more tranquil, ethereal dimension. Lady Moon is the star of the show here, while the band and backing vocalists Nkoula Badila and Ntangou Badila are the Sun and the audience is the Earth; when the three are in alignment, the Eclipse occurs. The “Star Gazing” video shows Brooklyn in an enchanted light, as Lady Moon and her bandmates dance and sing on the front stoop of their apartment building and head in to the woods.

From the beginning, Natalise + the Sunset Run have been an authentic voice in music set to bring visceral raw talent back into the limelight of pop culture. “In The Fall” follows “Be” as the second single and video from the group’s 2017 Constellations EP. It’s a more personal perspective that sees Natalise opening up about getting swept off her feet; the video for “In The Fall” follows Natalise on her beau on a surreal journey through the mountains and desert as they fall in love.

Nashville loves a tale of perseverance, so it’s no wonder at all that in his fifth decade, RJ Comer is becoming a sensation in Music City and beyond. His latest single “All Over Again” builds off the success of his 2016 EP Nightly Suicide and recent single “House Grown Cold”, and it’s all about the struggles involved of the daily grind. The video for “All Over Again” was shot by experienced director Bill Filipiak, and introduces us to Comer as a husband and hardworking lumber-cutter; his days are long, but always end with him returning home to make dinner for his wife or playing his acoustic guitar under the Tennessee sky.

Trevor Drury has been exploring music since he began playing piano at the age of 8, but it wasn’t until he went on to study vocal performance at San Diego State University that he began writing his own music and found a passion for songwriting. His latest single “Jealousy” details his experience of love and loss. One look at the “Jealousy” video and it’s no surprise that Drury is a seasoned, professional model: he knows how to present himself and showcase his emotions for the camera.