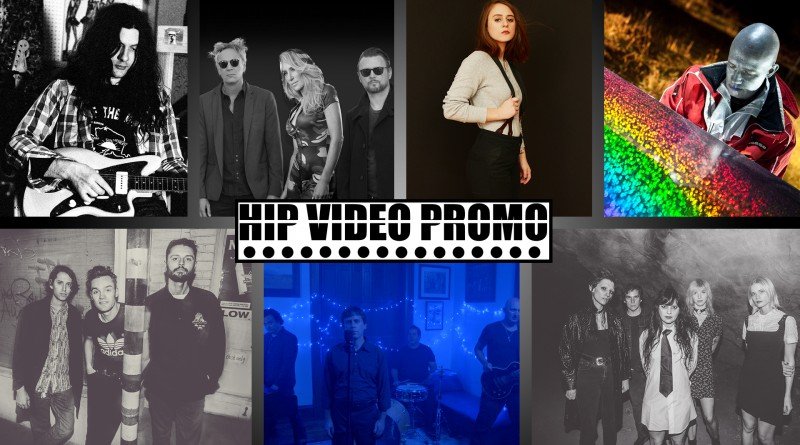 It’s hard to believe we’re more than halfway through August! Summer may be soon coming to a close, but the fun never stops here at HIP HQ. We’ve got seven new clips to share, including all forms of rock and even some truly fascinating EDM. Take a look below at the latest HIP Picks – Weekly Client Roundup to see what’s new!

After parting ways with The War on Drugs (the band which he founded in 2005), Kurt Vile found his direction as a solo artist, making music under the genre of indie rock, neo-psychedelia, and folk. The follow-up to his 2017 album Lotta Sea Lice, “Loading Zones” is set in his hometown of “dirty” Philadelphia. Here, Vile breaks the law in the most minor way: gathering parking tickets throughout an otherwise smooth drive!

We’ve worked with EDM powerhouse JES several times before, most recently to promote her clip for “Get Me Through The Night”. Now, this New York native has teamed up with Canadian electronic duo Delerium for the track “Stay”, which was included on the group’s 2016 album Mythologie. In the clip for “Stay”, JES lets the viewer into her mind, as Delerium’s dark electronica production pairs with a visual of her in a forest waiting for her love to return.

Jess Abbott, known as Tancred takes the women’s movement and morphs it into a riot, creating music for fans of everyone from Kate Nash to Mitski, blending emo-pop, acoustic guitar, and 90s alternative and indie. Earlier this year she released the album Nightstand on Polyvinyl Records, from which she’s now shared the video for “Something Else”. This clip takes place in a pool bar, where Tancred is shown on a date and proves that the world can – and is – a safe space for love.

If there’s one way to get attention with a music video, it’s by choosing a true legend as your star, and Iggy Pop is a legend among legends. Death Valley Girls’ “Disaster (Is What We’re After)” is a scalding track that would certainly get acclaim on its own, but with a video starring Iggy Pop, they’re unstoppable. Pitchfork and Brooklyn Vegan are just some of the outlets that have taken note, and have we mentioned Eater is on board, too? That’s right – in the clip, Iggy Pop dives in to a hamburger with enthusiasm.

Filmmaking technology has improved considerably in the last half-century, but for their clip for “Breakfast For 2”, Los Angeles band SadGirl have turned to Super 8 film. The nostalgic vulnerability of Super 8 is a perfect fit for the band, who draw from old-school influences (surf music, old movie soundtracks and Elvis records, proto-punk, and  early garage rock). “Breakfast For 2” stars Juliana Giraffe, one half of the directorial duo Giraffe Sisters, alongside SadGirl frontman Misha Lindes. It’s a love story with plenty of drama, romance, and a tragically unfinished breakfast.

With a #1 song on the iTunes Indie charts, songs licensed to TV and film, and buzz on radio, blogs, and social media, Philadelphia’s own SPiN are ones to watch. After being shut down by the police due to noise complaints, they’ve put a pop/electro spin on their classic sound for their new album Make Me Move. Their first release from the album is “What’s It Gonna Take”, and the clip shows various Philly residents connecting with the song’s feel-good beat in its purest form.

An Italo-US joint venture between lead singer Lucas Ward and his wife Elisa Fantini, The Silver Snails are a band with a goal (to create the world’s finest pop rock) and a mission (to open human hearts through sound, light, and word) as lofty as they come. Their debut album The Seven Melodies features songs sung in English, French, Italian, Mandarin, and Sanskrit. Its lead single “Dancing With The Stars” is playful and theatrical, and is accompanied by a visual set in deep space, as young ones search for silver snails by starlight.