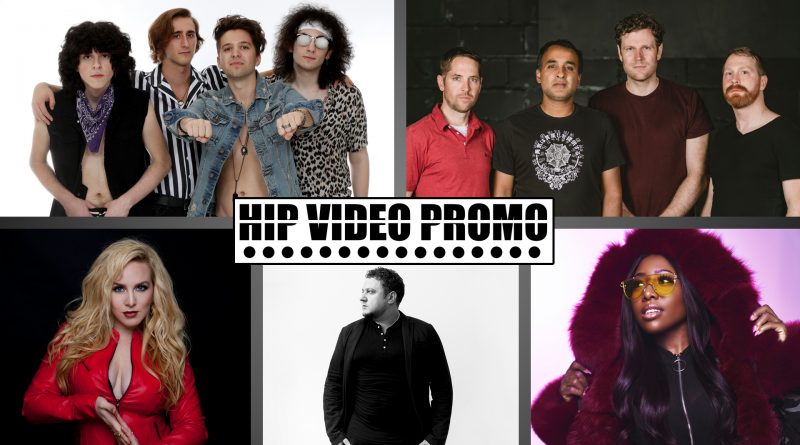 WordPress Image Carousel
From the Garden State all the way to Southeast Asia, good music can be found in any corner of the world. This week we’re sharing clips from a true global variety of artists! Here’s our latest HIP Picks – Weekly Client Roundup- take a look at the videos above, and learn more about each clip by clicking on the links below.

For half a century, Carmine Appice’s name has been a sign of hard-rock quality, having hit the skins for the likes of Vanilla Fudge, Rod Stewart, Sly Stone, and Pink Floyd. It’s easy to see why Toms River, NJ act Kodiak appeals to Appice:  their brand of high-octane tunes is timeless. “Alone” is brash, fiery, and catchy as anything, and the video underscores the band’s proud New Jersey origins.

Sayonne’s unique blend of Carribean-infused R&B is deeply personal, yet a tremendous joy and a guaranteed party-starter. For the “6 (Ignited)” video, the New York artist and director LJ Balkaran head to Montego Bay, Jamaica. There, they take the viewer on a dazzling, luxurious vacation, through zip lines, horseback rides, fun in the sand, and more.

In the video for “2 Worlds (Remember)”, we’re brought into closer quarters with Sayonne. In a moving sequence, she sings in front of a display of photographs of inspiring artists we’ve lost, her sense of history apparent with each phrase. In between, LJ Balkaran shoots her in a series of achingly beautiful settings, including a bathtub surrounded by vines and rose petals.

From frosty Siberia (Russia)  to warm, sunny, and smiling Thailand comes VITASUN.  Musicians Vita and Al Bo made the move a decade ago to enjoy life and get inspiration, and they instantly fell in love with the nature and the ever-smiling people of Thailand. Their newest release, “Our Hearts”, celebrates the unity of souls, and is accompanied by a colorful, animated video created by GloriaFX.

The members of Scoville Unit have roots in New York and Philly, but they’re most closely associated with the surf-loving Garden State. Gandhar Savur’s sturdy, catchy songwriting guarantees you’ll be humming “Beach Song” long after the tune finishes. For the “Beach Song” video, director Troy Carlton brings the band to the shore, showing them in their natural state.

Savur and Scoville Unit have worked with Carlton and Crane House Films before: the Wilmington, North Carolina-based video director shot the delightful, skateboard-themed clip for “Sidewalk,” the lead single from Scoville Unit.  Many of the songs on the band’s upcoming self-titled album (out this September on Ernest Jenning Record Co.) were developed with the assistance of Greg Gonzalez of the acclaimed dream-pop outfit Cigarettes After Sex. In the studio, Savur joined forces with guitarist Kevin Shelbourne, drummer Rob Hunsicker, and bassist and long-time collaborator Drew Isleib to add muscle and punk urgency to the arrangements.

Since her Carnegie Hall performance at 16, electric violinist and singer Ginny Luke has amassed an impressive resume. She’s performed and recorded with artists like Britney Spears, the Foo Fighters, Stevie Wonder, Questlove, and many more, and on the American Music Awards in 2014 and 2016 with Nicki Minaj, Skylar Grey, and Shawn Mendes. Ginny currently manages electric string band SAGA Strings and has performed with SAGA on the Tonight Show with Jay Leno with Daughtry, the Latin Grammys 2013 with Ricky Martin, Miguel Bose, and Laura Pausini, and has toured Europe, the UAE, and South America with SAGA. Ginny and Taylor Graves teamed up for “Take You On A Trip”, where an electric violin and keytar duet to represent two lovers. With kaleidoscopic lights and steamy close-ups, this clip is sure to grab your attention.