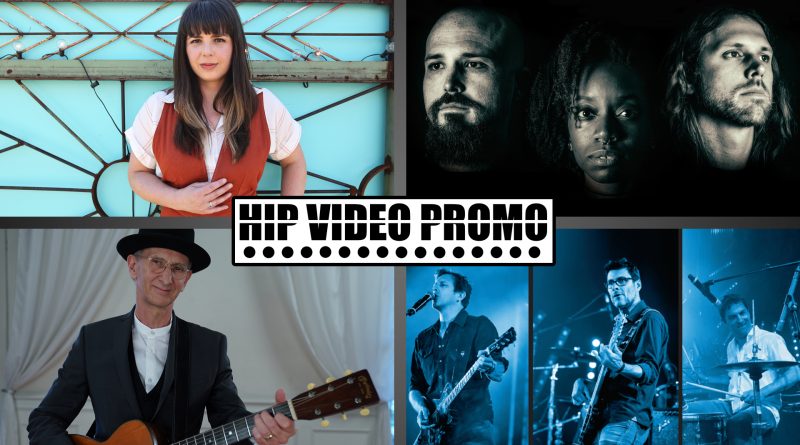 New This Week: “I Only Cry When I’m Alone/Upside Down” music videos from Beth Bombara, plus new videos from Trouble In The Streets, Terry Robb, and Sonic Rade

WordPress Image Carousel
From the Garden State all the way to Southeast Asia, good music can be found in any corner of the world. This week we’re sharing clips from a true global variety of artists! Here’s our latest HIP Picks – Weekly Client Roundup- take a look at the videos above, and learn more about each clip by clicking on the links below.

“I Only Cry When I’m Alone/Upside Down” Music Video: Beth Bombara (Americana)

Beth Bombara perfectly reflects the depth and breadth of St. Louis music, combining traditionalism, eclecticism, a respect for history and craft, and an overwhelming American-ness in her music. Local press concurs: the Riverfront Times has three times included her on the “Best of the Year.” Her upcoming album, Evergreen, has been previewed by Pop Matters, The Bluegrass Station, and LA Weekly, and she’s gotten spins on BBC Radio.  It’s a song-cycle in the truest sense: the tracks flow into each other, and to demonstrate that, she’s shared a continuous, double video for “I Only Cry When I’m Alone/Upside Down.”

“Chasing Whatever” Music Video: Trouble In The Streets (Electro-tribe)

With an EP called Rule Breaker, it’s no surprise that Trouble In The Streets defy expectations, drawing from hip-hop, punk, electronic music, dream pop, avant-soul, and wild, wigged-out experimental music. The Austin-based group have shared their video for “Chasing Whatever”, where singer and synth player Nnedi Nebula Agbaroji is the focus of Johnny Underwood’s crisply-shot clip.

Some musicians win awards, but Terry Robb has done one greater:  the Vancouver-born, Portland-based bluesman took home the Muddy Award for Best Acoustic Guitar so many times that the Cascade Blues Association finally broke down and attached his name to the trophy permanently. His guitar mastery has landed him in the Oregon Music Hall of Fame and seen him praised everywhere from Rolling Stone to Vintage Guitar, and he’s even appeared on Late Night With Conan O’Brien. Confessin’ My Dues, his fifteenth album sees him do what he does best, and “How A Free Man Feels” is a straightforward example of superb axemanship.

Swiss pop-rock trio Sonic Rade are making waves with their melancholic yet high-energy brand of rock. Their 2016 sophomore album Sideways was selected for the First Round Ballot nominations for the 59th Annual Grammy Awards in the categories of Best Rock Album, Best Rock Song, Best Rock Performance, and Producer of the Year (Non-Classical), and they’ve received international radio play and recognition. They’ve now followed up Sideways with Sonic Rade, and are sharing the clip for “Lost Identity.”  It’s a mysterious clip where plenty is in shadow, but even when we see the band member’s faces, the instrumentals provide a haunting atmosphere, all this with a reminiscent of a Bowiesque-Bond theme, making the viewer wonder… “who am I?”.