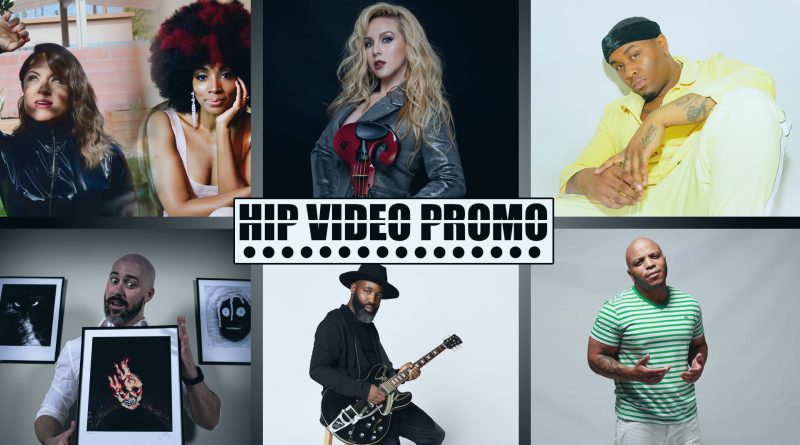 The best music videos come from artists who have something to say, whether that’s calling out violence in our country or describing true love. Our newest HIP Picks – Weekly Client Roundup is here- take a look at the videos above, and learn more about the clips by clicking on the links below.

Rachel Eckroth has supported artists such as Botti, KT Tunstall, Donny McCaslin, and Rufus Wainwright recording with Antelog, Emily Saliers, and others, and provided music as the synth player in the house band for the Meredith Vieira Show; and in 2018, she released her debut solo album When It Falls. Sy Smith released Sometimes A Rose Will Grow In Concrete that same yar, and the two met while touring the world with jazz trumpeter Chris Botti; they’ve since made guest appearances at each other’s shows, and they’ve featured on each other’s solo recordings. “Perfect Love” matches Eckroth’s producing and songwriting with Smith’s vocals; director Tatch Taboada has created a music video that’s playfully psychedelic, with Smith as its focus.

Ginny Luke is a powerhouse vocalist, violinist, and bandleader who has shared the stage and studio with artists such as Britney Spears, Black Eyed Peas, the Foo Fighters, Snoop Dog, Dave Matthews Band, and Stevie Wonder. Ginny was the lead vocalist and electric violinist on the international 4UPrince Tour directed by ?uestlove, and the Dr. Dre Orchestral Tour. By age 19, Ginny was already recording and touring with Meat Loaf’s band, The Neverland Express. On her new single “Love Hypocrisy”, she’s joined by a killer backing lineup: Thai Long Ly (Dionne Warwick), Lucas Sader (John Legend, Will Smith), Grammy Award-winner Ruslan Sirota on piano, jazz phenom Hadrien Feraud on bass, and prolific producer/co-writer Jon Prince on synth, drums, and programming. Harrison Sanborn, who shot Luke’s “Timebomb Tactics”, “Warning Shot”, and “Take You On A Trip” videos directed “Love Hypocrisy” too, and here, illicit romance is in the air.

Reggae, rock, and hip-hop singer Sanya N’Kanta is no stranger to the barricades, and “I.C.E. at the Door”– a central track on his album The Counterfeit Revival – is a statement of radical compassion for all of those facing seizure, deportation, and permanent separation from their family. Ben Clarkson’s animated clip for “I.C.E. at the Door” matches the song’s intensity, with vibrant backdrops behind image after image of the irreparable violence done to families.

Max Gomez is the outspoken multi-instrumentalist behind Costa Mesa, California progressive rock band Blindboss. On “Fake Internet Points”, he makes his opinions on the digital rat race clear. In Renzo Rodriguez’s clip for “Fake Internet Points” shows Gomez as both carnival barker and post-apocalyptic prophet, handling all roles that we see.

Devinn Le’Raay is smooth: smooth in communication, smooth in love, and smooth in his R&B music. After growing up in St. Louis and discovering his passion for music by singing at church, he joined the military; during his tour in Afghanistan, knew that he could no longer disregard his fervor for music. He now boasts over 250k streams in more than 70 countries. “Gas U Up” is the intro track from his No Breaks EP, and in SharRon Pate’s video, flames burn, the city glows, and Le’Raay toasts to the girl he’s won over.

Since coming back to the states, Devinn Le’Raay has released three EPs and is currently signed to the record label Second Month of Summer; he’s also performed at venues around St. Louis like House of Soul and Blue dine and Lounge. In the “Still Luv Me?” music video (directed by Aquavis Warfield), he’s accompanied by background dancers Ashle Pegues and Caitlin Vasser – but it’s clear that a certain someone is missing.

5ive ft Giant may be short, but this Knoxville, TN rapper packs a lot of punches, with groups like Bone Thugs & Harmony respecting and recognizing his style. “Let’s Dance”, which features Mr Chandler, is romantic and tender, and is inspired by his lovely wife. He directed the “Let’s Dance” video himself, and keeping it safe, everyone wears masks when they go out and he involved only close family and friends.