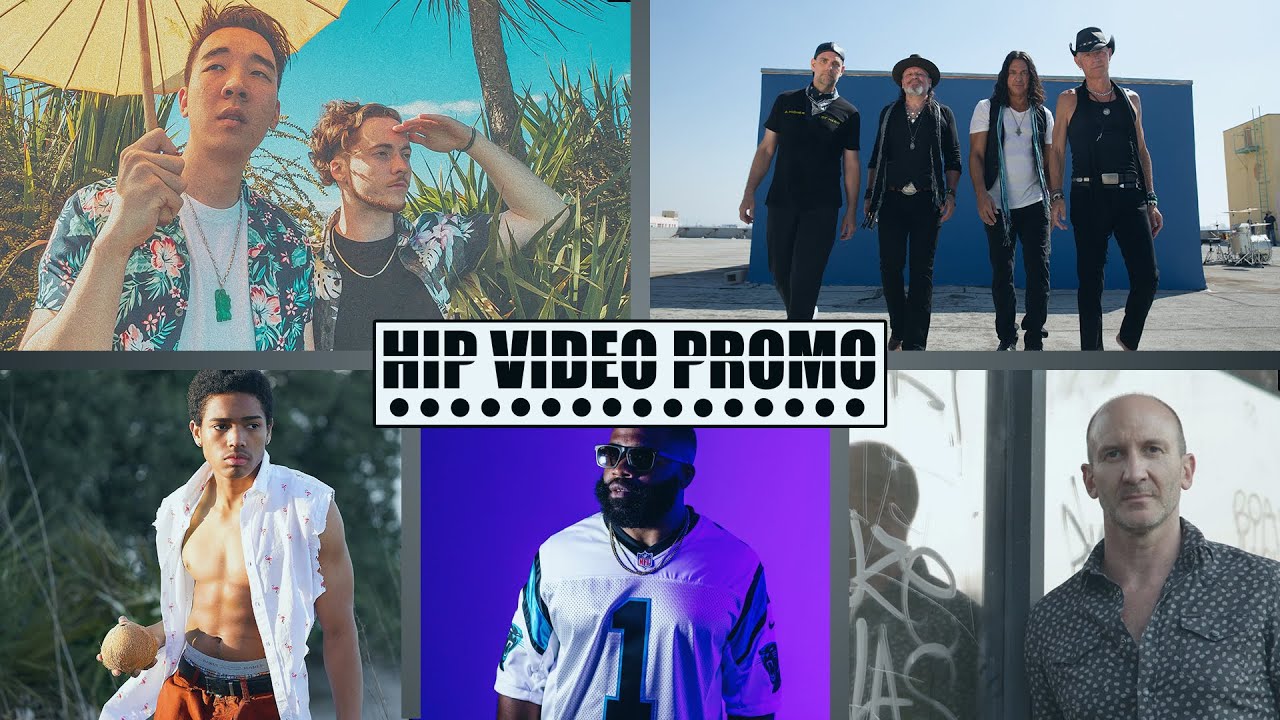 Can you believe it’s our last blast of 2020? Through all that the year has brought us, we’re glad to have worked alongside so many talented artists who have presented incredible videos to the world! Our newest HIP Picks – Weekly Client Roundup is here- take a look at the videos above, and learn more about the clips by clicking on the links below.

Michael Lanza is known for his EDM achievements – an opening slot for Major Lazer, recognition by The Chainsmokers, and “Lion,” a #23 Billboard Dance chart hit he cut with GhostDragon and Ron Reeser – but he also has the soul of a rap-influenced R&B banger.  Bay Area rhymer Chow Mane – whose recent single “Go Back to China” with Jason Chu helped dispel anti-Asian racism – joins him on the verses of “Islands”, and the two are an ideal match. In the “Islands” video, directors Nanako Fukui and Yuito Kimura present Lanza and Chow Mane as best buddies and adventuring partners experiencing a similar phase in life: heartbreak.

Nearly thirty years since the hit “Down On Your Knees” and a deal with Priority Records in ’92 to now, Slammin Gladys’ – vocalist/guitarist David Brooks, guitarist J.J. Farris, bassist Al Collins, and drummer Stephen DeBoard – have reunited. Now working with Ohio’s Jib Machine Records, “Dragon Eye Girl” is the first of nine new songs. Directed by Eric Mittleman, the “Dragon Eye Girl” video is set up on a rooftop in LA, with sweltering temps and face-melting riffs.

After decades of seeking human connection, LA artist Eddie Cohn is letting music take the front seat again. “Freedom” is his first single in a few years, and Cohn and director Leslie Andrew Ridings have taken us outside, to LA’s empty streets, where Cohn performs the song completely alone in a city of ten million.

Charlotte, NC rapper Pierre Bless was born in Nuremberg, Germany but raised in the States; he’s performed at various showcases as well as South by South West in 2014, where he shared the stage with 2Chainz, B.O.B., Young Thug, K Camp, Rich Homie Quan, and Trae The Truth. In 2017, Pierre Bless decided to tackle music full-time with his single “Large” and now he’s back with the new single and video “Right On Time”. In the video, irectors Picman704 and KDx704, and videographer Erick Lottary show Pierre Bless taking his time with his ambitions… literally.

James Cole might be young, but he has a clear sense of the big picture. “Live Forever” addresses a serious subject – the quest for artistic immortality, finding the dedication and vision required to become a legend – with a bit of humor and reality: Cole is shown stranded on a deserted island after COVID-19 caused tourism to close and the ferry to stop running.