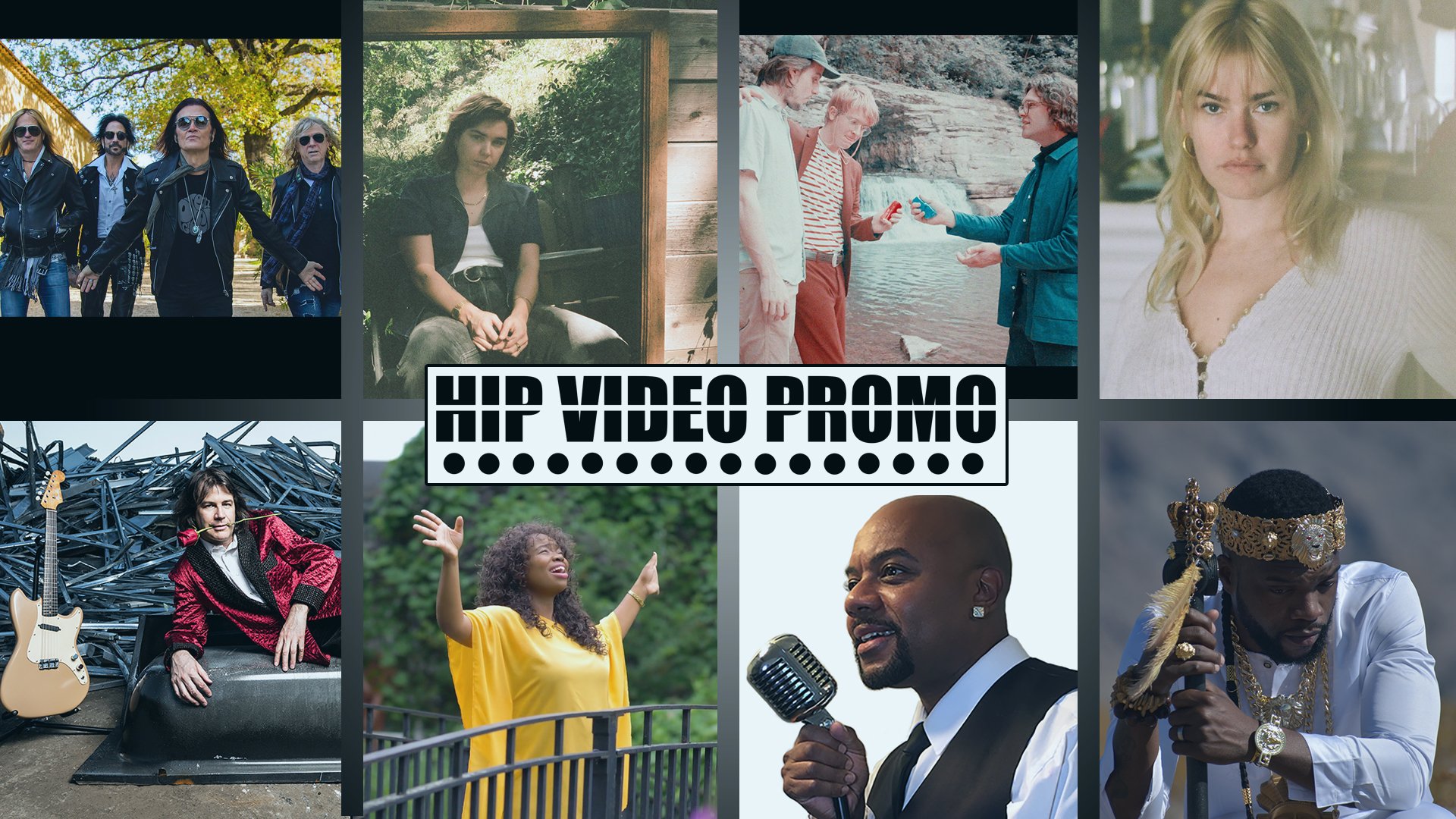 We’re in the final month of 2020 and oh, how grateful we are for a wonderful team here at HIP and a talented, hardworking group of clients. Our newest HIP Picks – Weekly Client Roundup is here- take a look at the videos above, and learn more about the clips by clicking on the links below.

Time and time again, The Dead Daisies – the rock supergroup currently consisting of Doug Aldrich of Whitesnake and Dio, drummer Deen Castronovo of Journey and Bad English, bassist and singer Glenn Hughes of Deep Purple – bring the riffs. “Holy Ground (Shake The Memory)” is the title track of their fifth full-length, due out 1/22/2021, and this monster of a track is paired with an equally trippy performance-focused video (directed by David Pear).

From New Zealand to her new home in Los Angeles, Emily Edrosa is making waves. Now signed to Park The Van Records, she made Another Wave is Coming with underground A-list producer John Agnello (Kurt Vile, Sonic Youth, Dinosaur Jr.). “She Agreed” is the first single from Wave, and in its music video, directors Emily Kempf (frontwoman of the band Dehd) and Ryan Hart throw a breakup in reverse.

Drew Citron has seen both the positive and negative sides of freedom: the exhilarating liberation and the feeling that everything is coming untethered. She’s put that all in Free Now, her first solo album (out now on Park the Van Records),  and for the music video for title track “Free Now”, she’s teamed up with Laura-Lynn Patrick, a visionary photographer whose portfolio includes shots of some of indie music’s greatest modern names: Real Estate, Anemone, Whitney, Weyes Blood, Lisel, Alvvays, and many other contemporary artists.

Nashville indie-pop-rock trio Okey Dokey make music that sounds like heaven, and it’s no surprise that Once Upon One Time (out now on Park The Van Records) is already a favorite of music fans and notable writers, like Now It’s Nashville. “Wine Friends” is paired with an equally lovely clip directed by Casey Pierce, who has shot clips for Torres and Tristen, among others. “Wine Friends”, however, is no simple reverie.

“The Love That I Got” Music Video: Pennan Brae (Rock)

Vancouver singer, songwriter, guitarist, and filmmaker Pennan Brae is a true storyteller no matter the medium, and draws inspiration from many of the greats: Elton John, Muddy Waters, The Stooges, and more.  “The Love That I Got” conveys complex emotions with honest simplicity. For its lyric video, Rob Fitzgerald has created a visual that takes us back to 1933 with the classic Betty Boop clip “Crazy Inventions.”

Stringz EMB, aka Gregory Bowdry, has an authenticity and vulnerability that are magnetic, drawing in audiences nationwide. The St. Louis native’s new single “Perfect” has a classic soulful sound with a powerful, personal message. Instead of a green screen, the “Perfect” video is entirely animated, thanks to video producer Recokh whom Stringz connected with on Instagram. The video shows us just how important – and how wonderful, even if it feels stressful – time with our immediately family really is.

From the Caribbean to South and Central America, Canada, Israel, and now her home of Long Island, Terri Bannister has always used her faith-based music to bridge the disconnect among people. She has been a member of several choirs, including the Brooklyn Tabernacle Choir and the Youth Chorale and participated in the McDonald Gospel Fest at Madison Square Garden with her school’s award-winning gospel choir. Bannister is reaching new heights with the power of God on her side, and with her new single and music video “Little Is Much”, she’s giving him praise. Directed by Orville Murray, the “Little Is Much” video shows scenes based on real experiences of the power of faith.

Washington, DC native David King Jones began his journey in middle school; a period in New York opened doors for him to travel and work with different artists (he had a song featured on BET Uncut and received radio love from Hot 97 New York), and now he’s singled in on the R&B/pop genre but still specializes in rap, hip-hop, and EDM. With the new track “The Covid 19 Christmas Song”, he reminds us that though traditions may be changing this year, we can still celebrate the holidays in unique (and safe and socially distant) ways. In its video (which David directed himself), he performs in front of a Christmas tree in an essential worker’s uniform – flashes of holiday celebrations in the past, and in our present reality, surround him.