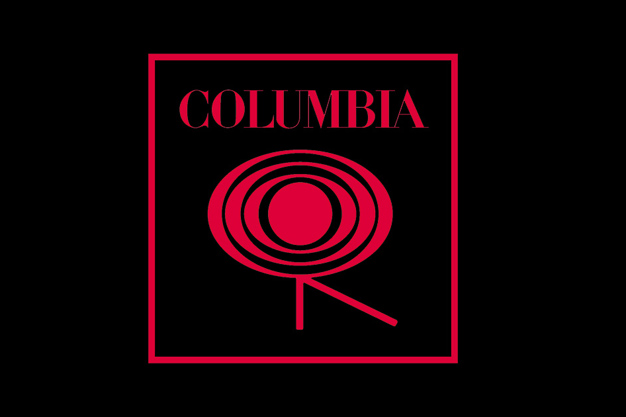 Over the last 20 years, HIP Video Promo has had the pleasure of working with some of the most outstanding and iconic record companies within the music industry. Every Tuesday, we’ll go down memory lane and talking about some of our favorite record labels we’ve worked with in the past. This week, we’re continuing with the iconic Columbia Records.

Columbia Records is an American record label founded in January of 1889 by Edward D. Easton and owned by Sony Music Entertainment. Columbia is the oldest recording company in the music industry, and its name has survived all these years. Before they signed any artists, Columbia was first The Columbia Phonograph Company; the name came straight from our nation’s capital, the District of Columbia, where its first headquarters were. After battling the Edison Phonography Company and introducing black wax records, Columbia stopped recording and manufacturing the records in 1908. The first electronic recording wouldn’t come until 1925 and was kept under lock and key to keep acoustic records from dropping. The following year Columbia took control of Okeh Records and acquired their increasing roster of jazz and blues artists. Then, in 1929, Ben Selvin came on as the director of A&R, and Columbia Records was officially on its way to the top.

Although they were considered the best non-record company in the 1950s, they didn’t hop on the bandwagon of teenage rock and roll until the mid to late 60s thanks to Mitch Miller. This slow conversion to releasing rock music caused Columbia to suffer and lose Aretha Franklin to Atlantic Records. Finally, Miller stepped down, and Clive Davis took over as president, revolutionizing Columbia. They continued to introduce new and exciting things to the music industry up until the 1980s. Columbia Records was then bought by Sony and has remained under them ever since. In 2013, Columbia was home to about 90 artists, and in 2018 Ron Perry was named the CEO and chairman of Columbia Records.

Throughout the years, Columbia Records has had its share of amazingly talented artists, and we’ve had the pleasure of being able to work with some of them here at HIP Video Promo.

Up first on our list of Columbia Records artists we’ve gotten to work with is Kill Radio. Kill Radio is unlike any other punk band out there; instead of trying to make an old sound but still trying to stay modern, Kill Radio does the complete opposite. Their music holds a special kind of magic to it that feels so timeless. In June 2005, HIP promoted their video for “Where Go We”. The video shows the band on stage as timelapse clips of the city flash by. Then it takes off, literally: the camera bolts at inhuman speed toward the venue. The rest of the video is the embodiment of punk itself, with amps being smacked and axes being swirled around like a sword. It’s fun, it’s fast, and will undoubtedly make you want to pump your fists.

The next Columbia artist we’ve had the honor of working with is Bryan Adams. Bryan Adams is a name any music lover can and should recognize. His music and his work have had a profound impact on the industry. He’s sold 75 million albums, won a Grammy for Best Song, and has inspired fellow artists like Howie Day and John Mayer. In July 2005, HIP Video Promo promoted his video for “This Side Of Paradise”. The grainy video shows Adams as he sings through his mic for soundcheck with some streaks of light. It’s an intimate and melancholy video that helps the audience experience the feeling of being on the road.

Another Columbia Records artist we’ve had the honor of working with is New Jersey native Nicole Atkins. She got her start in the Asbury Park music scene – the very same scene that gave us Bruce Springsteen and Bon Jovi – but she has found her own sound of folk and rock music. In January 2007, HIP Video Promo promoted her video for “Neptune City”. Here, Atkins pays homage to her hometown of Neptune City, New Jersey, a town not far from Asbury Park. The video looks like something out of a vintage movie machine, with glitchy clips of a black and white Asbury Park while our star stays in shimmering pink. It’s a beautiful, vintage-feeling video that reminds every one of their hometowns.

In June 2009, we worked with Israel Houghton, taking a turn away from rock and punk and heading towards gospel for his “Just Wanna Say” video. The song itself is a beautiful letter to not only the Almighty but to any loved one; whether it’s a parent or a sibling or a spouse, it’s the perfect message. In the video, Houghton casts himself an instrument salesman where a couple of youngsters walk in and start trashing everything in sight. Houghton then takes the time to teach them a valuable lesson on how it’s not what your play or what you play it with; it’s your heart – a lesson we all need to hear.

Finally, in December 2014, HIP Video Promo had the honor of working with She & Him. When she’s not making the world laugh on New Girl, Zooey Deschanel defies gravity with her music. She and musical partner M. Ward both have created a beautifully timeless and elegant sound with their musical masters’ help. In their fifth album Classics, they time travel us back to mid-20th century pop. We were delighted to promote their video for “Stay Awhile”. Like the sound of the album, the video sticks with the retro theme while still feeling modern. We take a trip back as Ward and Deschanel perform in a classic suburban house that’s neat as a pin, and start to fly around the house and reach new unreachable heights. It’s a gravity-defying video you’re sure to love.