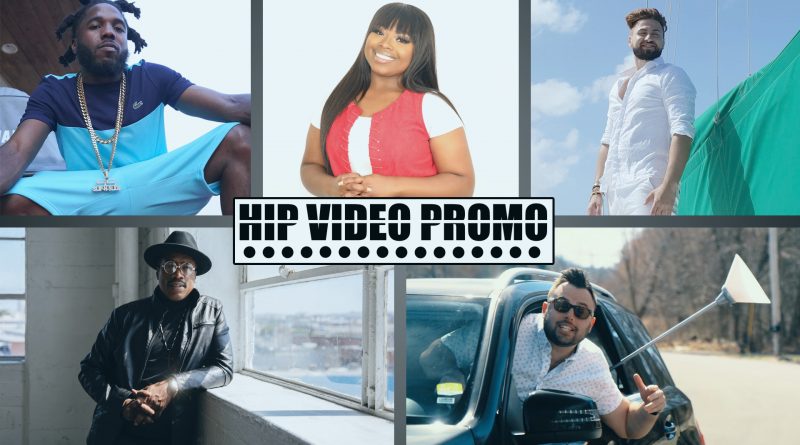 From hip-hop to gospel to everything in between, we’ve got a variety of videos to share, each with their own story, emotion, and energy to excite you! Our newest HIP Picks – Weekly Client Roundup is here- take a look at the videos above, and learn more about the clips by clicking on the links below.

Hailing from Naranja, FL, Rondo Smiff and his brother, fellow rapper Mike Smiff, have teamed up for the release Family Business on proud South Florida label Slip-N-Slide Records. The clip for “No Feelings”, directed by appel Jax, is deeper than it seems, covering hip-hop verities – dancing women, jewelry, stylish clothing, adult beverages – with authority and skill.

Previously known as Ramos, Niramsin – 2016’s Young Australian/Assyrian of the Year award winner and 2016 MusicOz nominee for Australian independent artist of the year – radiates good vibes with smiles, red carpet shots, activism, and dancing. “How You Like”, which features Dell-P, is accompanied by a video (directed by Carlos Hydo) that wraps up all of Australia’s natural beauty.

Through her ministry, Stellar Award winner Jekalyn Carr has seen the power of love transform and elevate thousands of lives. Her work has been recognized, too, with Grammy nominations, Billboard recognition, and inlcusion in EBONY‘s list of the world’s most influential people. “Power of Love” was the most-added song in the Urban AC format last week, and this radio hit is now accompanied by a video. Directed by Allen Carr and Kauwanue Burton, it’s designed for those who are in despair at the recent discourse in America – but proves itself a balm for the national soul.

Gospel artist Rick Dorn has a sound, mission, and talent that is as big as the globe. His first recording, “A Merry Christmas”, was featured in the 2019 Netflix movie Holiday Rush, and he’s shared stages and pulpits with gospel royalty, including Fred Hammond, Shirley Caesar, CeCe Winans, Karen Clark-Sheard, and many others. “Great Things”, his introduction as a solo recording artist, is a reminder of the universal nature of the life-changing power of God, and on screen in its video, we see him win over skeptics in the crowd.

Bridgeport, CT’s daFinchi, aka The Renaissance Rapper,  has a sleeper hit on his hands with his first single, “The Burbs.” Formerly a city kid, the title track off his debut album is a tongue-in-cheek ode to his new home in the suburbs. Produced by Fantom and released on the Cut Muzik label, it’s also accompanied by a video (directed by KDTV’s Frankie Fire) that shows that you can take the kid out of the city, but you can’t take the city out of the kid.It’s a catchy, tongue-in-cheek send-up of a city kid now living the good life on the right side of the tracks.