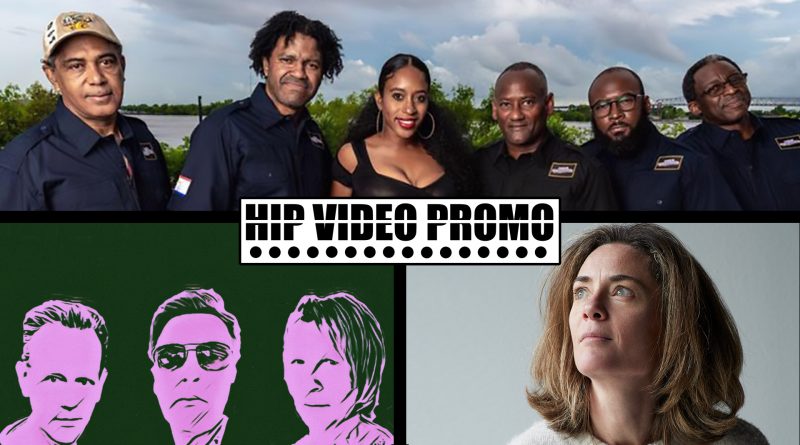 New This Week: “The Resistance Will Not Be Televised” music video from NOLA Resistance, plus new music videos from Head Fake and Dos Floris

WordPress Image Carousel
No matter what is going on in the world and at home, music Here at HIP, we are proud to have clients who are not only helping us keep our heads up with their inspirational videos, but who are spreading powerful messages, too. Our newest HIP Picks – Weekly Client Roundup is here- take a look at the videos above, and learn more about the clips by clicking on the links below.

“The Resistance Will Not Be Televised” Music Video: NOLA Resistance (Funk/soul/jazz)

Gil Scot-Heron’s poem “The Revolution Will Not Be Televised” feels as fresh today as it did in 1971, so there’s no wonder it resonates for people like the musicians of NOLA Resistance. They’ve applied everything they’ve learned about funk from working with legends like Dr. John, Cyril Neville, Deacon John, The Meters, and Tony! Toni! Toné to “The Resistance Will Not Be Televised” and their self-titled debut release (produced by New Orleans-based MMD Music Group, in partnership with the Working Californians Research Fund). The video (directed by Greg Lee and Iris Dillon), which features spoken word by Gralen B. Banks and rapping by Kevin “Unscripted” Joseph, couldn’t have come at a better time.

Nearly sixty years since the Kennedy assassination, for many people, JFK symbolizes America at its most aspirational – optimistic, forward-looking, energetic, promising, united. Head Fake’s provocative clip for “JFK,” directed by Keira O’Keefe, contains plenty of footage of its subject in action. “JFK”, too, is a testament to the versatility of these longtime industry veterans – and their sense of fun.

“All In It Together” Music Video: Dos Floris (Folk/pop)

Singer, songwriter, and guitarist Dos Floris refuses to let the global public health crisis be divisive: through video connectivity, she’s assembled a 40-person band with independent musicians she has met over the years and members of the public, for a true, inclusive collective. “All In It Together” follows her debut album The Widowed Earth and singles “Starlight” and “On The Road”, which received praised from Huffington Post, Rock and Reel, and more. For the video, she’s joined on screen – though miles apart, in their respective homes – by her fellow musicians. Proceeds from the sale of the new single will go to assist UK musicians who’ve been sidelined by the crisis.