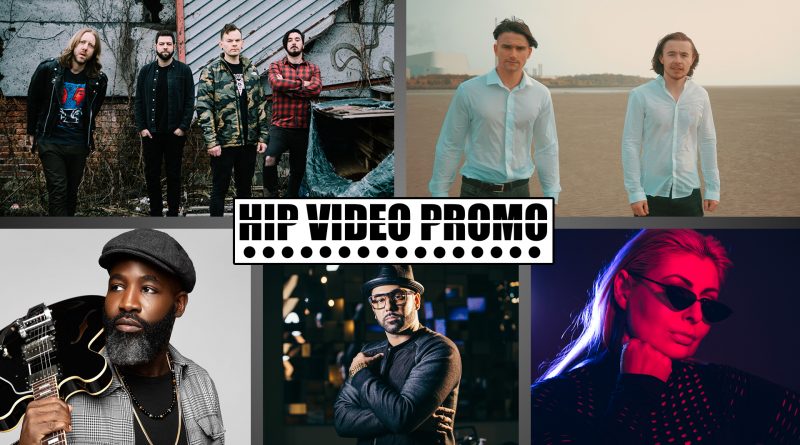 WordPress Image Carousel
Here at HIP, we are proud to have clients who are not only helping us keep our heads up with their inspirational videos, but who are spreading powerful messages, too. Our newest HIP Picks – Weekly Client Roundup is here- take a look at the videos above, and learn more about the clips by clicking on the links below.

Through constant changes in their journey,  J and Jacob of Dublin-based duo JamLive have always had music as their constant. In their debut video for “Stay”, which the duo directed alongside Patrick Nunez, the audience feels every emotion possible from watching the highs and lows of a new relationship unfold.

Singer, dancer, and choreographer Jonte’ Moaning was the choreographer behind Beyoncé’s “Freakum Dress” video – as well as her 2007 world tour. He also appears in “KLASSY”, a collaboration with accomplished songwriter and producer Jack Rayner (whose credits include Katy Perry, Britney Spears, and Avril Lavigne). Director Miles Victor Zantos’s camera captures a transformation in action, and by the end of the clip, we see just why Jonte’ has been an in-demand choreographer for nearly twenty years.

Since kickstarting her career as a guest singer on a 10-day tour with Johnny Cash’s guitarist Bob Wootton in 2007, Irish singer KOLETTE (known prior as Colette Kavanagh) has succeeded at warming listeners’ emotional essences. She’s now established herself in the EDM world with her newest single and music video for “Change My Life.” Here, a bouncy melody masks sad undertones, and Liam Geddes’s visual shows us a powerful friendship unfolding.

Violence against people of color is a persistent stain on our country’s honor, and in “Silence Is Violence”, the latest single from his album The Counterfeit Revival, Sanya N’Kanta lays that out plain and clear. But “Silenece Is Violence” is not a statement of defeat, but rather a plea for interpersonal compassion and a fiery denouncement of cruelty of all kinds. The video, directed by John Isberg, pulls no punches either, showing police brutality play out on screen. “Silence Is Violence” is a story that is dedicated to the day when we won’t have to tell it anymore.